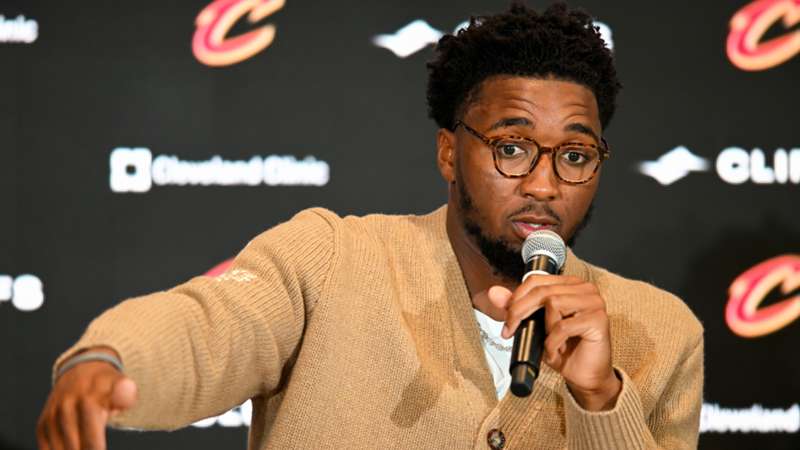 Donovan Mitchell has admitted he "came close" to heading to the New York Knicks, before eventually being traded to the Cleveland Cavaliers.

They include two future first-round pick swaps in guard Collin Sexton and stretch forward Lauri Markkanen, as well as Ochai Agbaji, the 14th selection from this year's NBA Draft.

Mitchell had been one of the most desirable names on the market after it became clear the Jazz were entering a rebuild following their trade of three-time Defensive Player of the Year Rudy Gobert to the Minnesota Timberwolves.

Despite being "excited" to be in Cleveland, Mitchell – who is from New York – told ESPN he was close to signing for the Knicks.

"Very close, I won't say more than that, I know a little bit more than most, but definitely very close," he said. "I was truly excited when I got traded [to the Cavaliers], but we were, it was, it was close [to the Knicks]."

He also disputed comments from Jazz CEO Danny Ainge, who claimed earlier in the week that Utah's players last season "didn't really believe in each other".

"I don't think we didn't believe [in each other]," Mitchell riposted. "I said at the end of the season, 'don't trade [Gobert]. Let's figure this out, let's do.' And that didn't happen.

"For [Ainge] to say that after six months around the team, I disagree. But you know, at the end of the day, that's his decision."