‘Get Kohli, Rohit out, half of India is finished. They’ll score 70 less in T20s': Afghan legend ahead of T20 WC 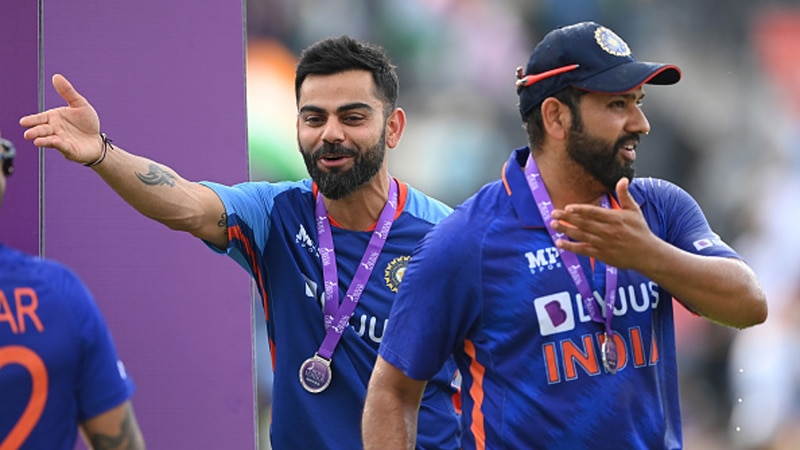 After the early ouster from just concluded Asia Cup, Team India is gearing up for the T20 World Cup which is set to be played from October 16 in Australia. The T20 World Cup 2022 final will take place on November 13. A total of 45 matches will be played during the tournament.

BCCI on Monday announced India squad for ICC T20 World Cup which saw the return of their prime pacer Jasprit Bumrah, which has given a big boost to the Men in Blue.

"When a cricketer doesn't perform, there will be talks. That's part of every cricketer's life. But whenever we played against India, our plan used to be around Rohit Sharma and Virat Kohli. We used to say 'get them out, half of Indian team is finished'. The whole world plans against these two big players like this only. They can win matches single-handedly. Our plan was always to attack them in the beginning because if we can't get them out in the beginning then it is very difficult to trouble them. Especially Virat Kohli. He is a very busy player. When he is set, it is very difficult to dislodge him. We used to believe that if we get both of them out early then about 100-120 runs would be less from India's total in an ODI and about 60-70 runs in a T20I," Afghan told Hindustan times.

Asghar Afghan will return to the cricket field in the Legends League Cricket as part of the India Capitals squad. The tall right-hander, who was one of the first to bring Afghanistan's cricket to the global map, is excited to ply his trade for the Gautam Gambhir-led side.

Afghan was later asked about India's early ouster from Asia Cup despite Rohit and Kohli performing well, to which he said,"Yes, on paper, they were the best team to win the Asia Cup. The kind of balance they had was great. But perhaps they took things a little light but the main reason for their losses in the Super 4 stage was the injury to Ravindra Jadeja. It really affected the balance of their side".

"India should support their players and the team. It's not like they are a bad team just because they didn't do well (in Asia Cup). These are part and parcel of the game. The World Cup is coming, and India have a very good chance," he further added.