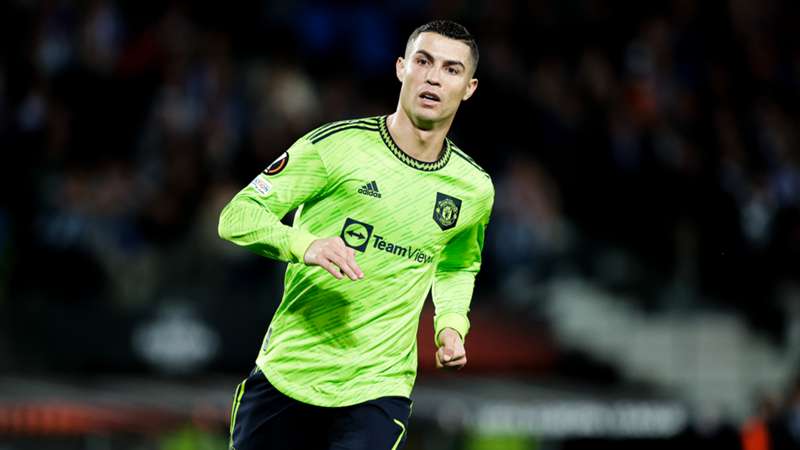 The Cristiano Ronaldo saga at Manchester United is finally over. The forward's bombshell interview with Piers Morgan always looked likely to hasten his departure from Old Trafford, an event which came to pass on Tuesday.

Asked if he felt he was being forced out of United, Ronaldo said: "Yes, not only by the coach, but by another two or three guys around the club that I felt betrayed me.

"I shouldn't say that [they were trying to get rid of me], I don't know, but yes, I feel betrayed. I felt that some people didn't want me here not only this year, but last year too."

If Ronaldo's exit was truly desired by the United hierarchy, they got their wish when the mutual termination of his contract was announced on Tuesday.

How did it get to this point? Let's look back at Ronaldo's tumultuous second spell with the club with whom he made his name.

The club thanks him for his immense contribution across two spells at Old Trafford. #MUFC

August 27, 2021: United announce an agreement with Juventus to bring Ronaldo back to Old Trafford, reportedly beating Manchester City to the five-time Ballon d'Or winner's signature. On August 31, a two-year deal with an option for a third season is completed.

September 11, 2021: His second debut sees Ronaldo face Newcastle United at home, and he marks it in style with a brace in a 4-1 win.

September 29, 2021: Champions League history for Ronaldo as he breaks the record for the most appearances (178) in the competition and fittingly scores a last-gasp winner as United beat Villarreal 2-1.

November 21, 2021: Ronaldo continued to score important goals for United in the Champions League, however, a 5-0 home defeat to Liverpool and a 2-0 loss to City piled the pressure on boss Ole Gunnar Solskjaer. After a 4-1 loss at Watford, the man who brought Ronaldo back to the club is sacked.

November 29, 2021: Ralf Rangnick is appointed as United's interim manager until the end of the season, with the club planning to keep him on for two years in a consultancy role.

December 2, 2021: In Michael Carrick's final game as caretaker manager before Rangnick officially took charge, Ronaldo scored twice in a 3-2 win over Arsenal, netting his 800th and 801st goals in his career for club and country.

February 15, 2022: A goal in a 2-0 win over Brighton and Hove Albion ends the longest drought of Ronaldo's career, one that stretched back to a December 30 defeat of Burnley and took in 588 minutes of football.

March 12, 2022: Having missed the Manchester derby because of a hamstring injury, Ronaldo scores a hat-trick on his return in a 3-2 win over Tottenham. The treble takes him to 807 goals, past Josef Bican's all-time record of 805. However, the Czech Republic FA claims Bican actually scored 821.

April 16-23, 2022: A hat-trick against Norwich City marks the 50th treble of Ronaldo's career, and he follows that up a week later with his 100th Premier League goal in a loss to Arsenal, which represented an emotional game for the Portugal international after he and his partner announced the death of their baby son.

April 21, 2022: Erik ten Hag is appointed as United's new manager from the 2022-23 season. On May 16, the Dutchman leaves his role at Ajax early to begin preparations for his new job.

May 22, 2022: United's 2021-22 season ends with the Red Devils in sixth, forcing them to settle for Europa League football. Ronaldo does not feature in their 1-0 loss at Crystal Palace, which rounds off a campaign in which he scored 24 goals but never meshed with Rangnick and his style of football.

Our no.7 has been named in the @PFA Premier League #TOTY #MUFC | #PL pic.twitter.com/PeCMUeARqB

July 11, 2022: Despite intense speculation around Ronaldo and agent Jorge Mendes trying to force a transfer away from United, Ten Hag insists Ronaldo is "not for sale".

July 31, 2022: Ronaldo leaves early during United's pre-season friendly with Rayo Vallecano, along with some other team-mates. Ten Hag slams that decision as "not acceptable".

October 2, 2022: Ronaldo is left on the bench in the 6-3 loss to City, a game in which United trailed 4-0 at half-time. Ten Hag claims the decision was down to his "respect" for Ronaldo’s career.

October 19, 2022: Having refused to enter the game as a substitute, Ronaldo walks down the tunnel during United's 2-0 win over Tottenham. He is suspended by the club three days later.

November 13, 2022: After missing United's EFL Cup clash with Aston Villa due to an apparent illness, Ronaldo is again absent from their squad for the final game before the World Cup break, a 2-1 win at Fulham. Later that day, the first clips from his bombshell interview are released. 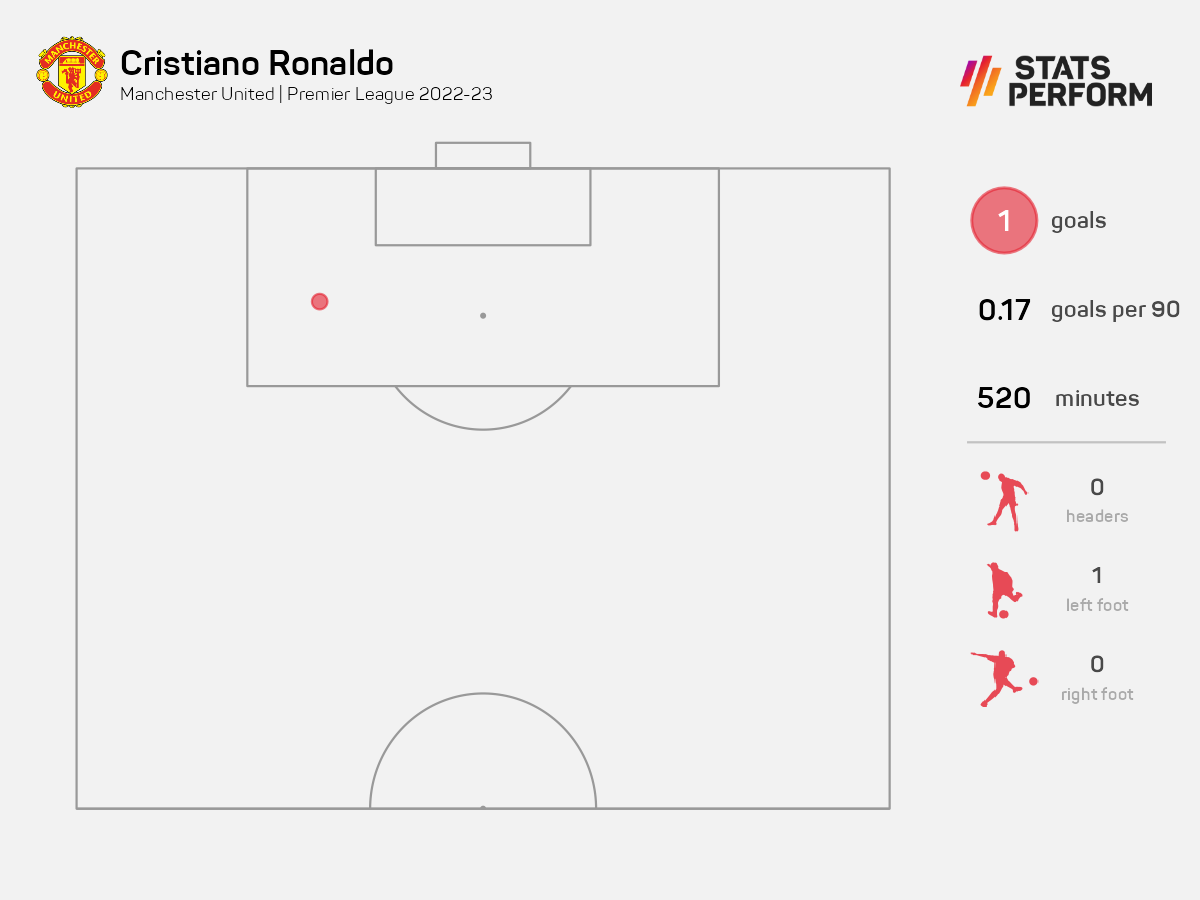 November 16-17, 2022: Ronaldo's interview for Piers Morgan uncensored is aired across two days. Alongside his criticism of Ten Hag, Ronaldo declares United's owners the Glazer family "do not care" about the club, hits out at the team's younger players, and says former team-mate-turned-critic Wayne Rooney is jealous of his success.

Former United defender Gary Neville calls for the Red Devils to terminate Ronaldo's contract in the aftermath of his comments.

November 18, 2022: United commit to taking "appropriate steps" in response to Ronaldo's comments, intensifying speculation they could end his stay with the club.

November 21, 2022: As Ronaldo prepares for his fifth World Cup campaign with Portugal, he fields questions about his controversial interview for the first time.

"I don't have to worry what others think. I talk when I want to," Ronaldo told reporters, before describing himself as "bulletproof".

November 22, 2022: Two days before Portugal begin their World Cup campaign against Ghana, United announce Ronaldo is to leave the club with "immediate effect".

"Everyone at Manchester United remains focused on continuing the team's progress under Erik ten Hag and working together to deliver success on the pitch," read a statement from the club.