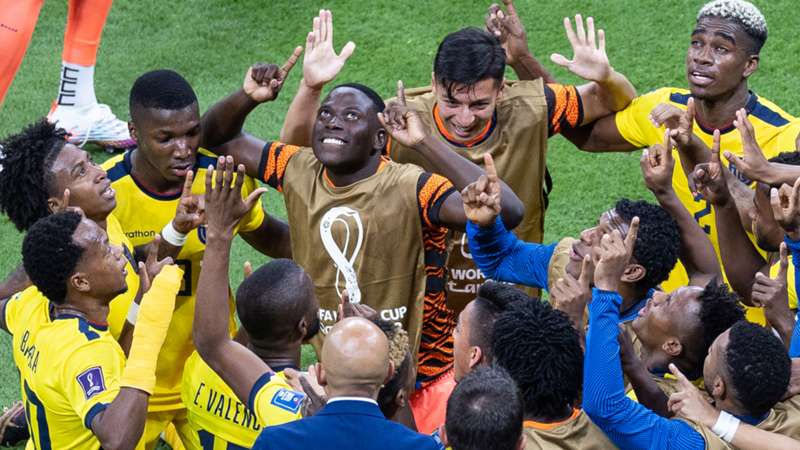 FIFA's Disciplinary Committee has opened an investigation over alleged homophobic chanting from Ecuador fans during their opening World Cup match against Qatar.

Chile had accused Ecuador of fielding an ineligible player, Byron Castillo, during qualification for the tournament, with the 27-year-old left out of Ecuador's squad to prevent any further controversy.

Ecuador retained their spot at the World Cup but were issued a fine and handed a points deduction for their qualifying campaign for the 2026 tournament.

The are now also facing a FIFA investigation.

"The FIFA Disciplinary Committee has opened proceedings against the Ecuadorian Football Association due to chants by Ecuadorian supporters during the Qatar v Ecuador FIFA World Cup match played on 20 November," a statement read.

"The proceedings were opened on the basis of article 13 of the FIFA Disciplinary Code."

LGBTQ+ rights have been at the forefront of the World Cup as homosexuality is illegal in Qatar.

Seven nations, including England and Germany, had planned for their captains to wear the OneLove armband during the tournament.

However, the decision from each of the countries was taken not to do so after FIFA threatened to book captains if they broke regulations and made their own statements on social issues, rather than following guidelines from the game's governing body.