Mbappe 'only at 40 or 50 per cent of his potential', says PSG advisor Campos Kylian Mbappe is only playing at "40 or 50 per cent" of his full potential, according to Paris Saint-Germain's football advisor Luis Campos.

The forward has found the net 19 times in 20 appearances for PSG this term, a tally only bettered by Manchester City's Erling Haaland (23) among players in Europe's top five leagues.

Mbappe became just the second teenager to score in a World Cup final (after Pele in 1958) at his first major international tournament in 2018, but PSG advisor Campos believes he still has room to improve.

"Mbappe is still only at 40 or 50 per cent of his potential, and I tell him that every day," Campos said at an event in Porto.

"He can still give a lot more because he is a player who has not yet finished his training.

"There is the speed of maturation, that is to say that not everyone evolves at the same rate. Mbappe at 16 was already developed at all levels.

"Physically, he was very strong and had an understanding of the game worthy of a 26-year-old player." 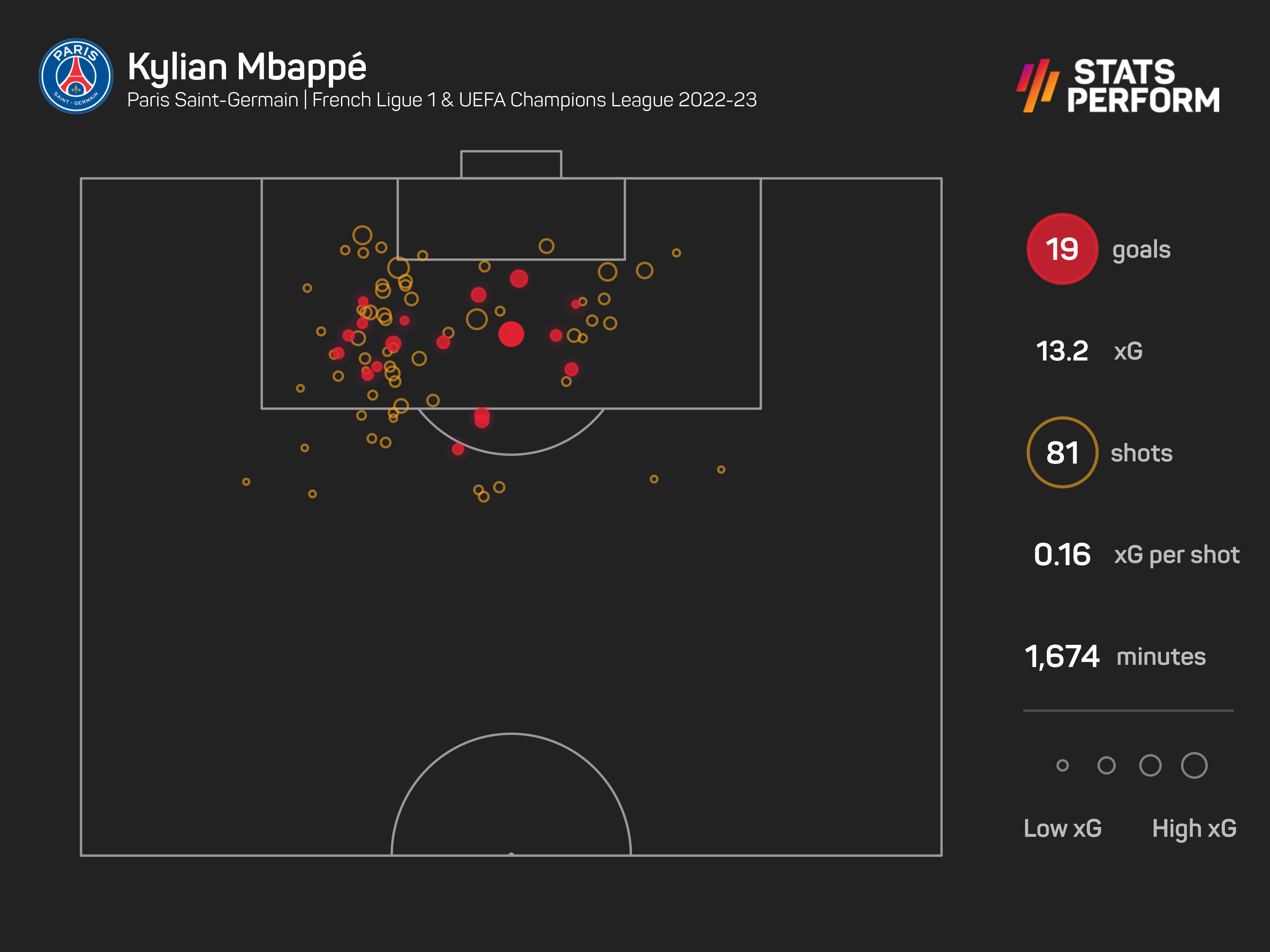 The decision to schedule the World Cup during the middle of the European club season has attracted criticism after several big-name players – including France defenders Raphael Varane and Presnel Kimpembe – suffered injuries during a congested pre-tournament schedule.

However, Campos feels the timing of the World Cup means most players will be at the peak of their powers, which could make for a special tournament.

"I think it's the biggest competition in the world, at least for me, and for the first time in history the players will be at full speed, with pace and fresher than ever," he continued.

"It will be the most intense FIFA World Cup of all time."