Poland v Saudi Arabia: 'Still more to come' after one of the great World Cup upsets Saudi Arabia produced surely the result of the 2022 World Cup when they stunned Lionel Messi's Argentina this week, but they are not done there.

Herve Renard's men came from behind to beat the Albiceleste 2-1, scoring with their only two shots for one of the tournament's biggest ever upsets.

The odds were stacked against Saudi Arabia in that match, as they will be again on matchday two as they tackle Poland.

Saudi Arabia have lost nine of their 10 World Cup matches against European opposition, including each of the past eight in a row.

That dismal run included an 8-0 humiliation at the hands of Germany in 2002, but forward Saleh Al Shehri knows this is a very different team.

"That was a defeat in the past," said Al Shehri. "I think we, as a country, want to get back and go up to the top as a team. 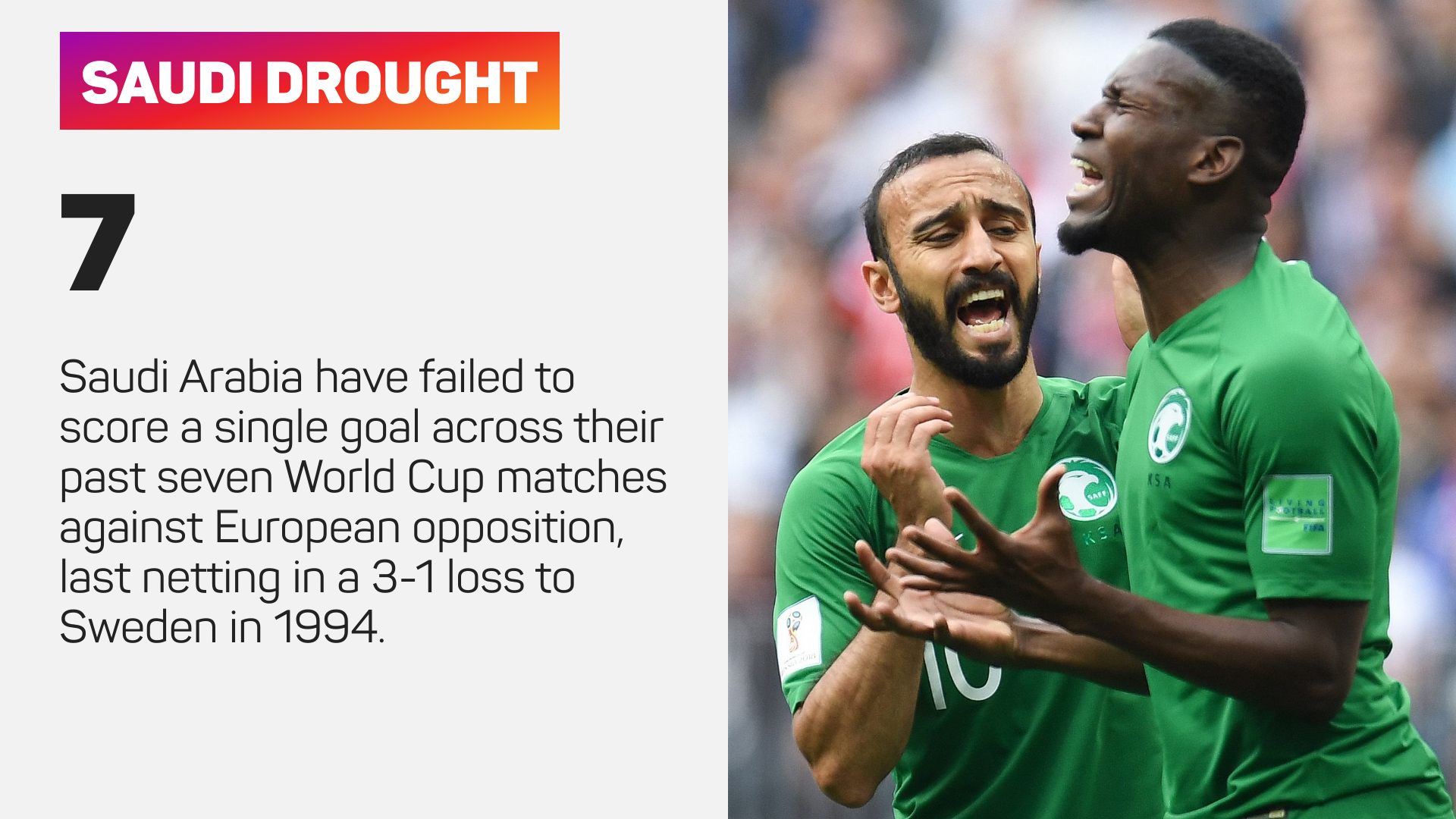 Al Shehri scored the equaliser against Argentina, setting Saudi Arabia on their way to a second straight World Cup win after another 2-1 success against Egypt in 2018.

Saudi Arabia had won only two of their previous 15 games at the finals – again in succession in 1994 – while this is the first time they have scored twice in consecutive matches.

They have never netted three in a World Cup match, though, and face a Poland team looking for a third clean sheet in a row – last achieving such a sequence between 1974 and 1978.

"I think about the pressure," added Al Shehri. "Every game has its own pressure.

"We did one job perfectly. It's finished and we are waiting for the next game against Poland. The pressure is always on when you play at this top level."

Poland may be tight at the back but have struggled in attack, attempting only six shots in the 0-0 draw with Mexico.

It was their sixth goalless draw in 35 World Cup matches, making up 17 per cent – the largest such percentage of any team to play 15 or more games.

Milik is never likely to start while Poland play with only one striker, but the Juventus man will continue to get opportunities from the bench while Robert Lewandowski's drought drags on. Lewandowski has not scored in his four World Cup outings, attempting 11 shots – including that unsuccessful penalty against Mexico.

Al Dawsari could have retired a Saudi Arabia World Cup hero even before this tournament, having netted a stoppage-time winner against Egypt in 2018. Now, after topping that effort with the decisive goal in the Argentina game, he is just the second Saudi player to score in multiple World Cups. Sami Al Jaber, the other, netted three goals in total, a record Al Dawsari can match with another key strike.

Saudi Arabia might have beaten Argentina, but the supercomputer still does not expect them to follow that up with victory against Poland. They are given just a 20.0 per cent chance.

Poland are clear favourites at 55.5 per cent... or could there be another 0-0 on the cards? The draw is rated more likely than a Saudi Arabia victory at 24.5 per cent.