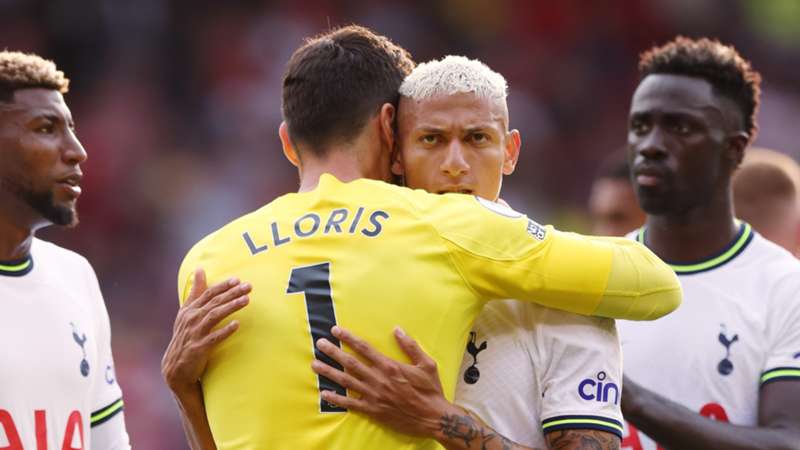 France goalkeeper Hugo Lloris believes Richarlison has proven his qualities for Brazil, silencing his doubters with a double against Serbia.

The Tottenham forward tucked in an opportunistic opener in the 62nd minute, before lashing an acrobatic attempt into the left-hand corner to seal the victory in style.

Brazil's win was marred by an ankle injury for Neymar, though Tite was confident the Paris Saint-Germain star would recover.

Asked about his Spurs team-mate, as well as Neymar's injury, while previewing France's Group D clash with Denmark, Lloris said: "Neymar is an icon in global football, but I'm not going to talk about him that much, I don't know how serious the injury is.

"For Richarlison, I'm delighted for him, he's not one of the better-known players in the Brazil squad and maybe not everyone expected to be in XI, but he's a great player, a great goalscorer – as he proved with the first goal but then a wonderful second goal.

"[It was] spectacular, and the best goal of the tournament so far, so that's great for him.

"We know how good a team Brazil is, they're favourites. They'll be delighted to win the first game, that's what they needed to do, to get out on the front foot."

Holders France can seal their place in the last 16 by beating Denmark on Saturday, though they go into that match having lost their last two meetings with the Danes, both of those defeats coming in this year's Nations League.

Lloris said: "It gives you an idea of the level of this Danish team, it's an excellent side and capable of beating the best.

"It's been a wake-up for us, we can't say we don't know them and we don't need extra motivation, [it's] a decisive game for qualification. If you look at the first games between Tunisia and Denmark, you can see that we have a lot of work to do. Every team is in a good place."

"They are underestimated," France coach Didier Deschamps said of Denmark, who have kept a clean sheet in three of their last five World Cup games.

"We're talking about just between June and September where they beat us twice and made life difficult. We have to make sure that's not the case. It's not a question of revenge, we know their players, they know us.

"We'll learn from those experiences but Denmark can learn too."