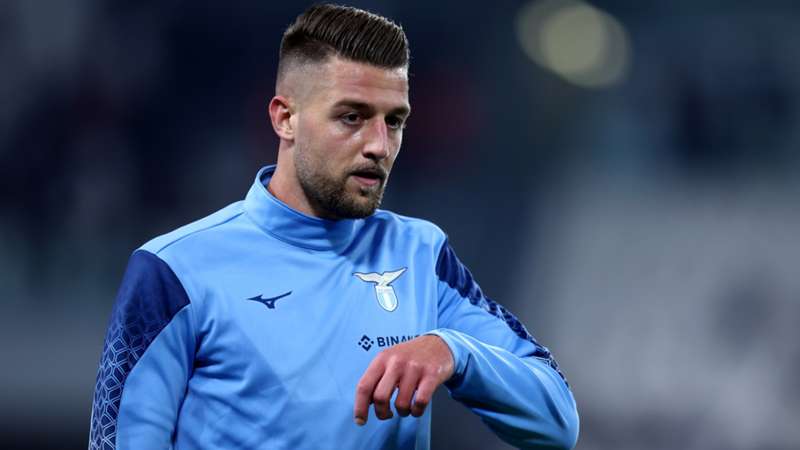 Lazio president Claudio Lotito insisted Sergej Milinkovic-Savic is "not for sale" amid growing links to Serie A rivals Juventus.

Manchester United have previously been linked with the 27-year-old, while Massimiliano Allegri's side now appear to be the frontrunners to sign the Serbia international.

But Lotito attempted to put the speculation to an end on Saturday, telling Italian newspaper Il Messaggero the Lazio star's future was not up for discussion.

"Everyone says he's going here, he's going there but he's not for sale, we know what he's worth for me and for Lazio," Lotito said.

"We are having ongoing talks about a contract renewal."

Milinkovic-Savic has impressed in Serie A once again this year, with no Italian top-flight player managing more than his 12 assists in 2022 before the World Cup break.

Only six midfielders have registered more goal contributions in Europe's top five leagues this season than Milinkovic Savic (12), though fellow midfielder Luis Alberto has failed to impress for Lazio.

Former Liverpool and Sevilla man Luis Alberto has fallen down the pecking order under Maurizio Sarri, though Lotito says he will not let the 30-year-old leave on loan in the next transfer window.

"If he wants to leave, bring a team with money, because I really don't think about giving him on loan in January," he added. "And I haven't received any requests from Atletico [Madrid].

"At the moment, the situation hasn't changed compared to the summer when Sevilla were perhaps interested.

"I will not play any games. Luis Alberto is a talented player, an added value for Lazio and a compromise can still be found.

"He has to accept the coach's choices and Sarri can be more understanding because every player has a different character. They can't all have the same mental strength as Pedro."