Australia will have their minds fixed firmly on the T20 World Cup when it comes to the decisions made in their series against India, so says Aaron Finch, who will go "back to basics" with the bat.

The series starts in Mohali on Tuesday, with India aiming to snap a three-match home losing streak in the format to Australia.

Finch, meanwhile, comes into the series on the back of playing his 146th and final ODI for Australia, with the 35-year-old having confirmed his retirement from the 50-over game ahead of his side's final match against New Zealand earlier this month.

Since the beginning of 2018, no player has top scored for Australia in men's T20Is more often than Finch who has led the team's scoresheet on 13 occasions during this span. However, he has struggled for form in ODIs, only getting into double figures once from his last eight matches.

Finch has been better in T20Is, averaging 27.4 in his nine matches in 2022, though the last of those came in June. 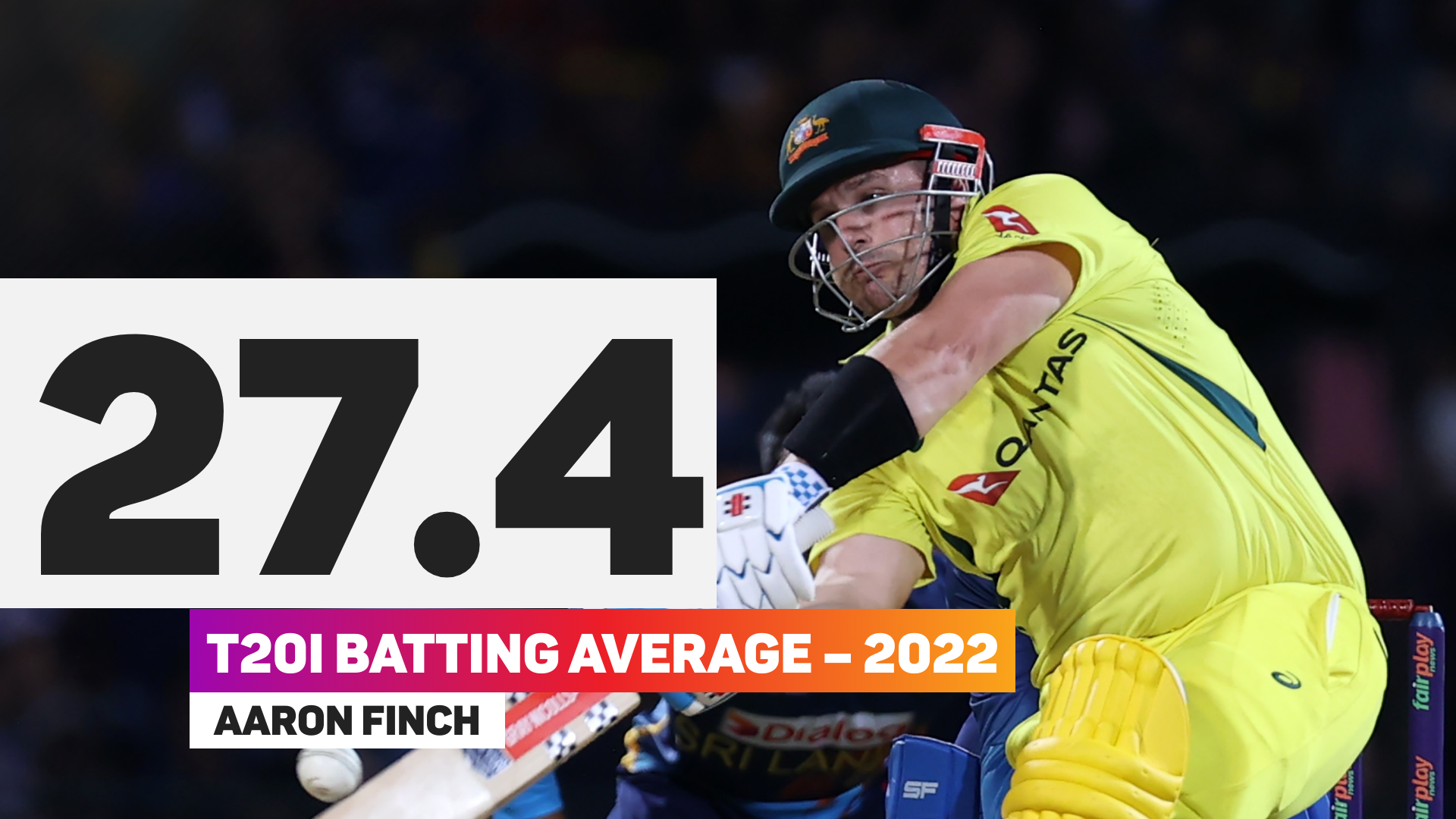 Asked in a press conference if he would be changing his approach at the crease, Finch said: "I'll be looking to be more aggressive and take a few more risks upfront, but obviously balance that out with the normal process.

"You just have to go in really clear minded. I think the difference between T20s and ODIs is you're expected but you’re also prepared to take a decent amount of risk earlier in your innings.

"It's about being clear minded, working with what I know has worked well in the past and going back to basics in that regard of anything technical or set-up related."

Finch will not have a full-strength team to call on against India, with Mitchell Marsh, David Warner and Marcus Stoinis all left out, while Mitchell Starc is struggling with a minor injury.

As such, Finch is open to experimenting ahead of the tournament, with Steve Smith to bat at three and Tim David set for a debut.

"Every decision that we make has one eye towards the World Cup... so I think we'll be mindful of not being too narrow-minded," Finch said.

"Everything we're doing in the T20 space ties back into the World Cup and for us it's about making sure once we get there, we'll have plenty of different combinations for teams we want to play, because the last thing you want to do is have an injury derail your whole campaign because you're pigeon-holed into playing one style of cricket or one structure of team.

"There'll be a little bit of mixing and matching but with one eye towards the World Cup to make sure we're still as rounded as we can be as a squad."

With Starc injured, the onus will be on Josh Hazlewood to deliver for the tourists with the ball. The seamer has 46 wickets in T20Is, and if he gets four in Tuesday's game (his 31st T20I) to reach the 50 mark, will become the fourth fastest player to reach the milestone for Australia.

Australia's seam bowlers have registered a bowling strike rate of 15 in T20Is in 2022, the best such rate among all full-member sides. 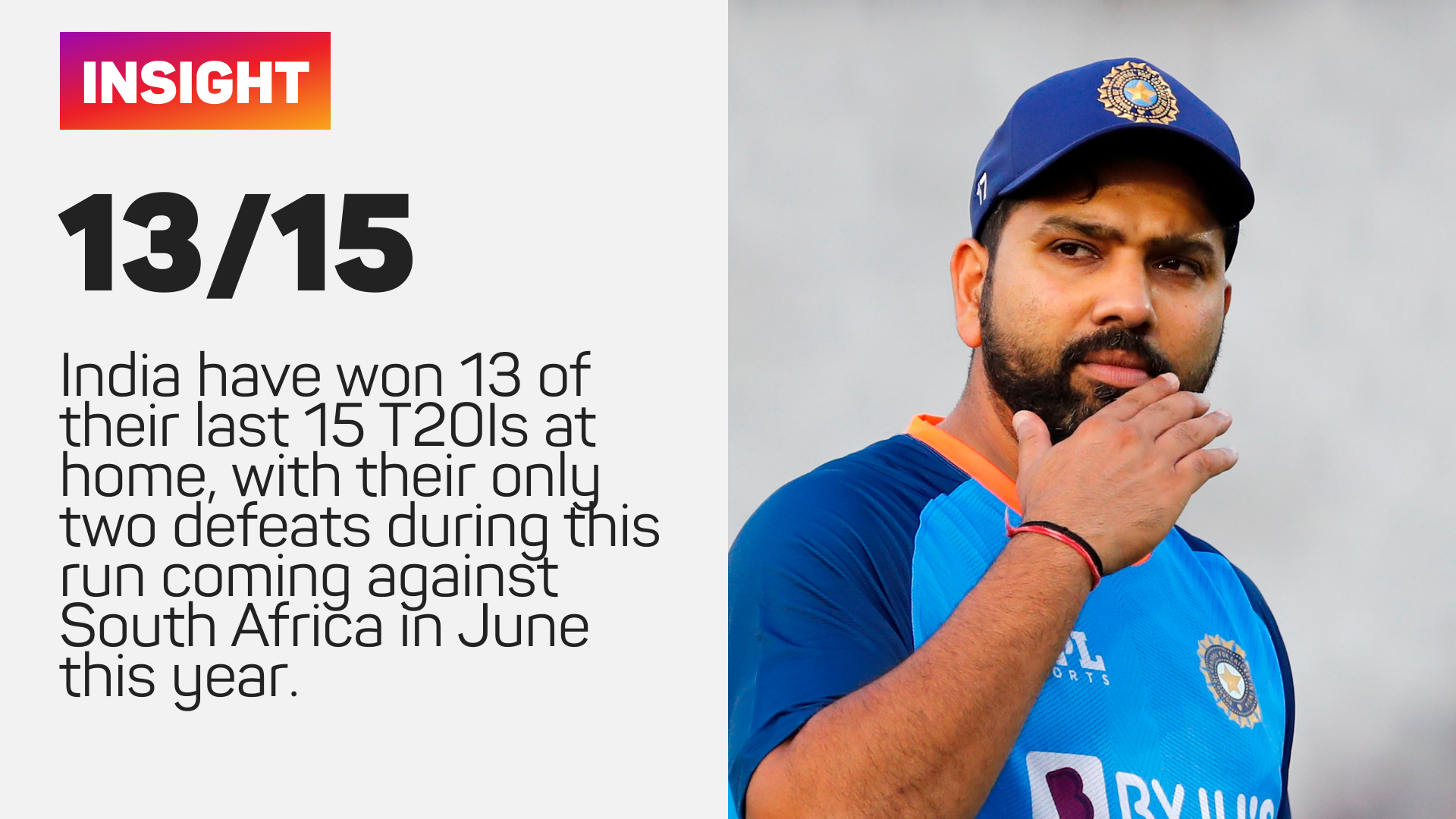 KL Rahul was the subject of Rohit Sharma's press conference on Sunday, with the India captain insisting the opener would keep his place at the top of the order, though acknowledging Virat Kohli is an option for the role.

Rahul, who struck 62 against Afghanistan earlier this month, has defended his position, too, saying: "I am just working towards how I can better myself as an opening batter, and see how I can have the most impact for my team whenever I go out to play in the middle."

The 30-year-old is just 37 runs away from reaching 2,000 in T20Is, with only Rohit and Kohli having previously hit the milestone for India. Meanwhile, team-mate Bhuvneshwar Kumar (84) needs two more wickets to become the outright fifth-highest wicket-taker among seam bowlers in T20Is.