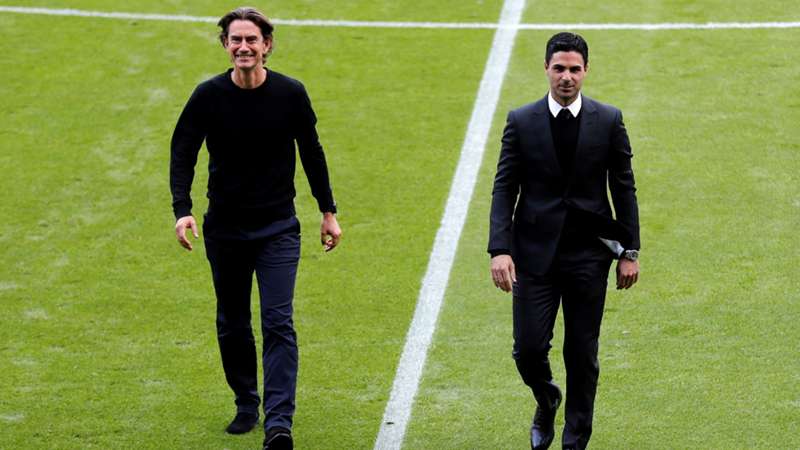 Thomas Frank labelled Arsenal as "title contenders" after the Gunners' convincing 3-0 victory at Brentford, where Mikel Arteta saw a "very different" team to the one defeated by the Bees last season.

Tougher tests may come against Tottenham and Liverpool after the international break for Arsenal, who moved back above Manchester City at the Premier League summit, and Frank expects them to be challenging at the top this season.

"We lost 3-0, to the number one in the Premier League," Frank told Sky Sports. "I said before they are a top side.

"I think we performed quite well, not 10 [out of] 10 but if you want to win or get something out of the team flying, you cannot concede the first from a set-piece and then the second one.

"In general, unless it is something unbelievable brilliance from a set-piece, I want us to avoid every set-piece goal. There are a few bits we could have done better for the second.

"They didn't create that many chances but had quality in moments. We lost the game, I hate losing.

"They are top of the table so you cannot argue with that, they have done brilliantly. Looking at their quality, they must be title contenders."

Back on top. Back to winning ways. pic.twitter.com/zNCvrXnxVE

It was a markedly different display to the one Arsenal turned in against Brentford in the corresponding fixture last season, which finished 2-0 to the hosts.

"A lot of people described what happened last year as a really bad day, the team had to evolve and journey together to react," Arteta said.

"You can give up, question everybody, blame them or learn a lesson and look in the mirror. Today, there was obviously a very different team.

"It was very difficult in a rollercoaster of actions where you are constantly under pressure. They are very good at what they do but we managed to take the game how we wanted so credit to the boys.

"We wanted to get back to the top, yesterday [City] took it away from us, but we showed that desire from the first minute and we have done it."