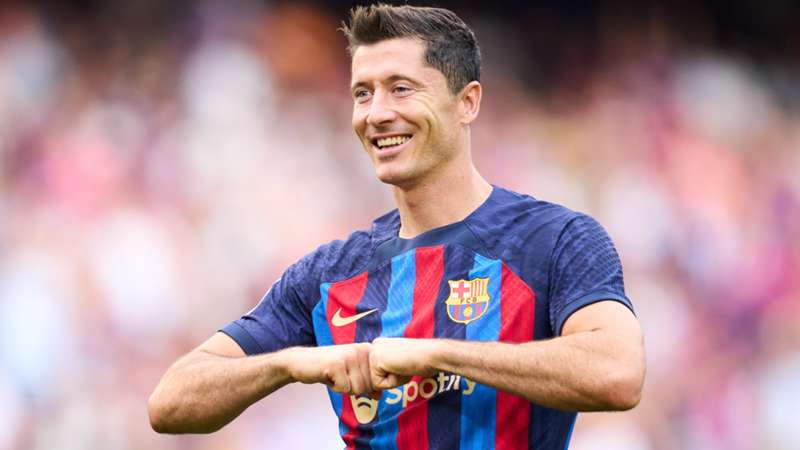 Barcelona went top of LaLiga as a Memphis Depay strike and Robert Lewandowski's double saw them cruise to a 3-0 victory against 10-man Elche at Camp Nou.

Lewandowski grabbed his second of the game after the interval to make it 11 goals in all competitions since his arrival from Bayern Munich as Barca eased to victory.

Victory continued Barca's unbeaten start to the domestic season as they moved top ahead of Sunday's Madrid derby.

Verdu was dismissed for cynically dragging down Lewandowski after Frenkie de Jong put the striker through on goal.

Edgar Badia made numerous saves to keep the hosts out, but the Catalans eventually capitalised on their numerical advantage with 34 minutes gone when Lewandowski tapped in Alejandro Balde's cross.

Depay made it 2-0 soon after, lashing into the roof of the net after bamboozling John Donald with a brilliant turn.

Barca thought they were three up before the break when Pedri bundled in, but the midfielder was offside in the build-up.

Lewandowski scored his second just after half-time, rifling into the bottom-left corner after the ball fell to him in the box.

The Poland international nearly had his hat-trick when seeing a drive saved by the legs of Badia, before skimming the crossbar with another attempt.

But those misses mattered little as Barca eased to another win.