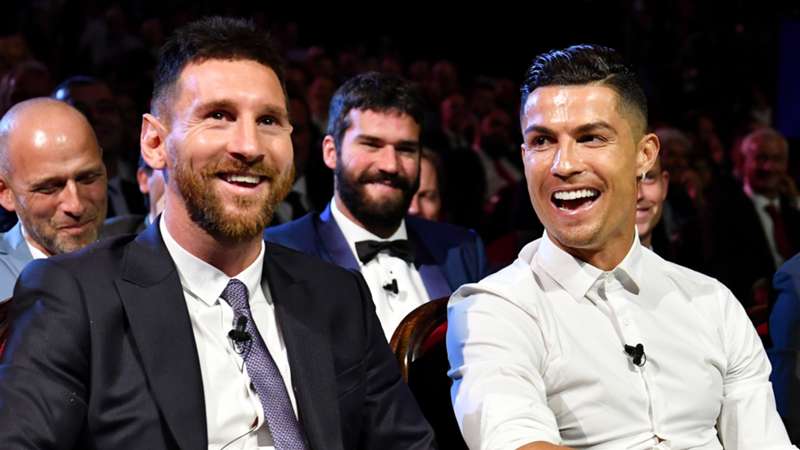 Barcelona great Dani Alves feels his Brazilian compatriot Pele – and not Lionel Messi – holds the strongest claim to the 'greatest of all time' title because he "changed football".

Both players were pillars of a Barcelona team that enjoyed a prolonged period of dominance both in Spain and Europe, with Alves winning 23 trophies during his initial eight-season stint in Catalonia.

And yet, despite seeing Messi's brilliance up close and personal, Alves – who now plays in Mexico for UNAM Pumas – still believes Pele's significance is at an altogether different level.

Speaking to Mexico, Real Madrid and Pumas legend Hugo Sanchez on ESPN, Alves was asked to pick between Messi and Pele – he said: "I choose Pele for one reason: he changed football. Messi changed a generation.

"All those people who are more than football, I'm going to choose them. And besides, I'm Brazilian.

"For me, Pele should not be part of this ['GOAT'] debate. If you ask me, who is the best player in history? I would say Messi. Pele doesn't come into it."

Cristiano Ronaldo was not brought into the 'GOAT' discussion, though Alves did appraise his former Clasico rival when asked about his toughest opponent.

"Cristiano Ronaldo," Alves added. "This b****** doesn't let you breathe for a second. I didn't do too badly, but it's difficult. He's a scoring machine."

Now 39, Alves is continuing his illustrious and immensely successful career in Liga MX having signed a one-year deal with Pumas in July.

He made the switch to Mexico City after spending eight months back at Barcelona, returning to help out his former team-mate Xavi.

It remains to be seen if he will be at Pumas beyond the current season, though he suggests thoughts of retirement have not firmly taken root, even joking he could play for another 10 years if Messi breaks his world record of 47 trophies won.

"First, before requesting anything [another season with Pumas], I like to deliver," he said.

"I have a year to prove myself with [Pumas]. I wouldn't have a problem [staying another year]. I need to show them that I can, that together we can build a very cool team in Mexico, that plays in a different way, that [lets] young people take a step forward.

"I don't like to think about the future because it's always unknown. I let life take me. If Messi passes me [in trophies] then I'm going to play until I'm 50!"