Potter vows Chelsea 'will get better' after Salzburg stalemate 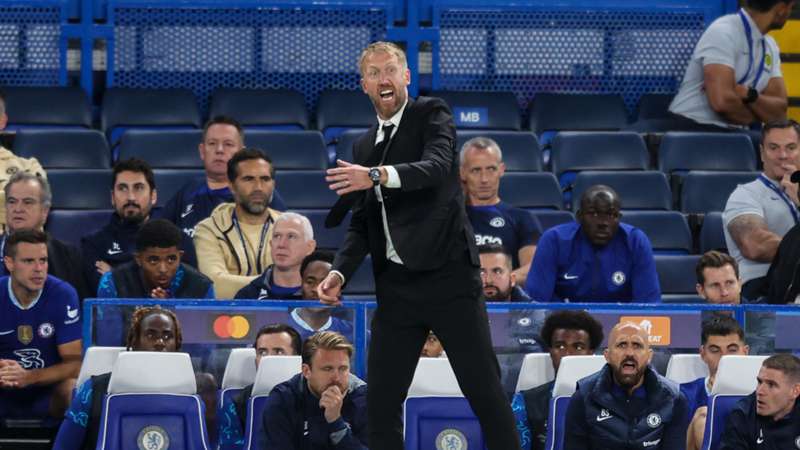 Graham Potter vowed Chelsea "will get better" once they have worked on minor details after being held to a 1-1 draw by Salzburg in his opening game in charge.

However, the Blues struggled to build on that goal and were pegged back 15 minutes from time when Noah Okafor profited from a Thiago Silva error to equalise for Salzburg.

Potter's side finished the game at Stamford Bridge with 72 per cent of the possession and had 17 shots, but only four of those were on target.

While happy with the effort from his players, Potter – appointed as Thomas Tuchel's successor six days ago – accepted there is room for improvement.

"We're disappointed with the result. I thought the boys gave everything," he told BT Sport.

"We scored a good goal but lost a bit in the second half. Their goalkeeper has made some good saves. It is what it is, we have to dust ourselves down.

"Personality and application was good, we will get better. We got Raheem in one-on-one situations quite often and the goal was a good result of that.

"It's always irritating when you concede a goal. Overall the defensive performance was quite good, it's just the little details we will have to improve.

"It has not been easy for the boys. They have responded to us really well over the last few days, and it's a point we will have to take and get better.

"The attitude has been fantastic, so no complaints apart from the fact we have not taken three points." 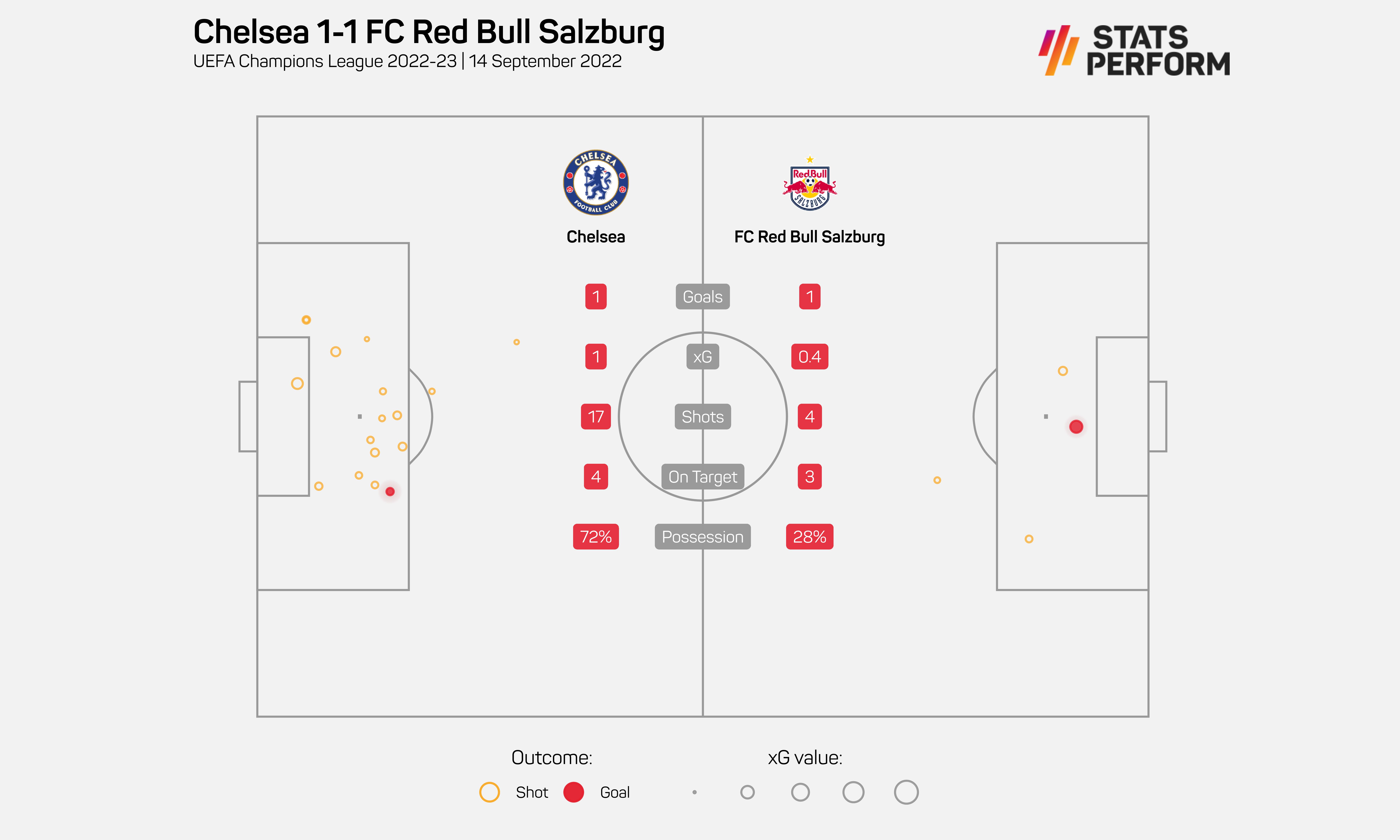 Chelsea were beaten 1-0 by Dinamo Zagreb in Tuchel's final game in charge and are bottom of Group E ahead of their double-header with pacesetters Milan.

It is the first time since the 1999-2000 season that Chelsea have failed to win either of their opening two Champions League games and leaves them with work to do.

"It's not the position we want to be in, but we have to respond, it's as simple as that," Potter said at his post-match press conference.

"It's a tough group, but there's enough quality in the squad, and we have to respond to those two games.

"We are at the start of a process together as staff and players. I am looking forward to working and making this team competitive and one supporters are proud of."

The England international was selected as a left-sided wing-back in Potter's hybrid 3-5-2 formation, with Reece James on the right.

Explaining his choice of formation, Potter said: "It was a back three with Reece and Raheem giving the width.

"It's not easy to play through the middle against their system, so Reece and Raheem gave us the width. I thought we got them into good situations, Mason [Mount], too.

"You don't want Raheem defending in his box too often, and I don't think he did. I think Marc Cucurella handled that situation well."