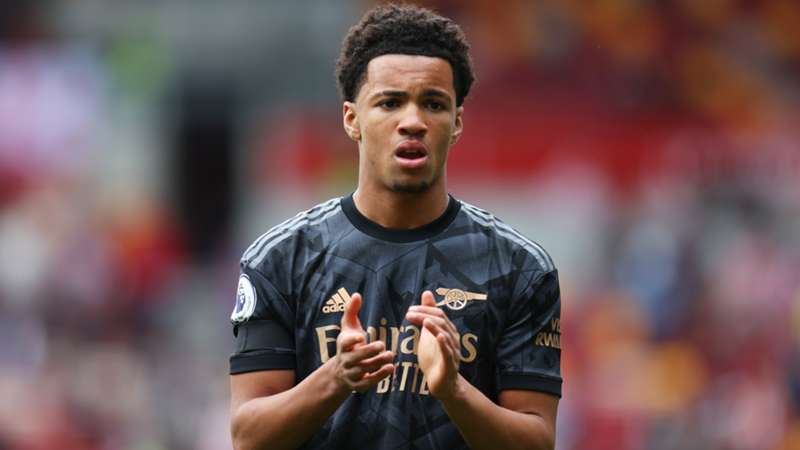 Arsenal midfielder Granit Xhaka called on the club and his team-mates to "protect" Ethan Nwaneri after the teenager made Premier League history.

Aged 15 years and 181 days, Nwaneri broke the record set by Harvey Elliott when he came on for Fulham at 16 years and 30 days old.

Nwaneri was included in Mikel Arteta's squad partly due to injuries and was introduced near the end with the Gunners in complete control.

An England youth international, Nwaneri had trained with Arsenal's first team "a couple of times", according to Arteta, whose decision to bring him on was a "gut feeling".

Nwaneri has understandably dominated headlines since his historic cameo, but the need to protect him and keep him on his current path was not lost on Xhaka, who had known of the player's talent having taken charge of Arsenal Under-16s training sessions.

"To have a guy who is 15, who is 15 years younger than me… he looks old when I see him but the club can be proud of a player like him," Xhaka told reporters.

A special moment for one of our own...

"He has a big future. If I am honest, I am doing my coaching licence and I have trained the Under-16s: you can see a big difference with him and the other guys. He is very, very special.

"Of course, you have to protect him as he is very young but if he keeps going like this with his hard work, he has a big, big future.

"So yes, of course, when you have 15 years difference you think: 'Okay the time is not gone but it is on the way'. But we are enjoying him, he is enjoying us as he has the quality.

"If I am honest, he is not with us a lot in training. I have maybe seen him twice or three times now. He is very shy, of course, but the time will come when he will be more with us, but you have to protect him and help him.

"Football is not everything for him and for us but yes, the club will help him and the experienced players have to help him."