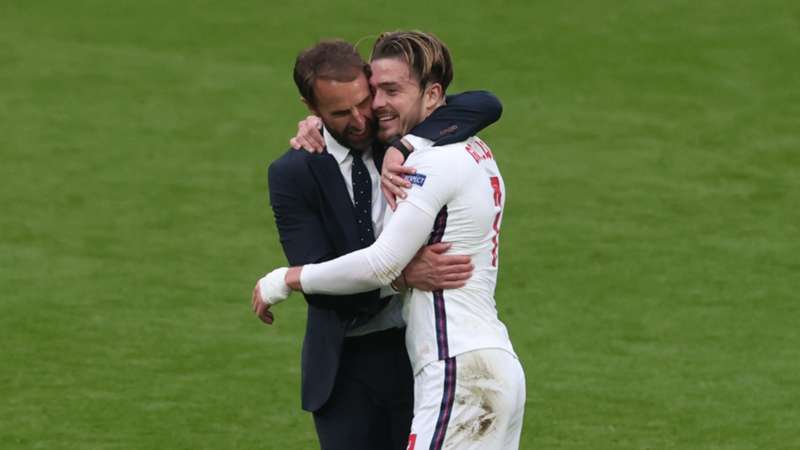 England have not won any of their past four Nations League games, losing to Hungary twice and drawing with Italy and Germany.

Ahead of return fixtures against Italy and Germany, Southgate has also faced some backlash following the announcement of his latest squad.

Two months out from the World Cup, Southgate, who said in 2017 he would "never pick on reputation", has called up Harry Maguire and Luke Shaw, despite the pair losing their places at Manchester United.

But winger Grealish has come to his manager's defence, saying: "I think [the criticism] was harsh.

"[There was] the final last year and [then losing] the Hungary game last camp. I think the last time we lost to a team in 90 minutes [before Hungary] was Belgium in November 2020.

"I think it was very harsh and especially with the World Cup and the Euros how well the team had done. I thought it was harsh, but sometimes that's what you get if you're English, and I've certainly had my fair share."

And Grealish, who is likely to feature as England travel to Milan to take on European champions Italy on Friday, believes the country will unite behind the team again when the World Cup kicks off.

"If you have a few bad results, people are going to jump off the bandwagon a little bit," he added.

"Before that, everyone was saying how good we are and how well we'd been doing. We hadn't been beat over 90 minutes in so long.

"I wouldn't say we're underdogs, and we know what talent we have in our dressing room.

"One thing I love about these tournaments is how everyone comes together, so I'm sure we'll have their full support, and two months can't come quick enough.

"I hope for myself that I'm playing regularly for Man City and performing, and hopefully I'll be on the plane."