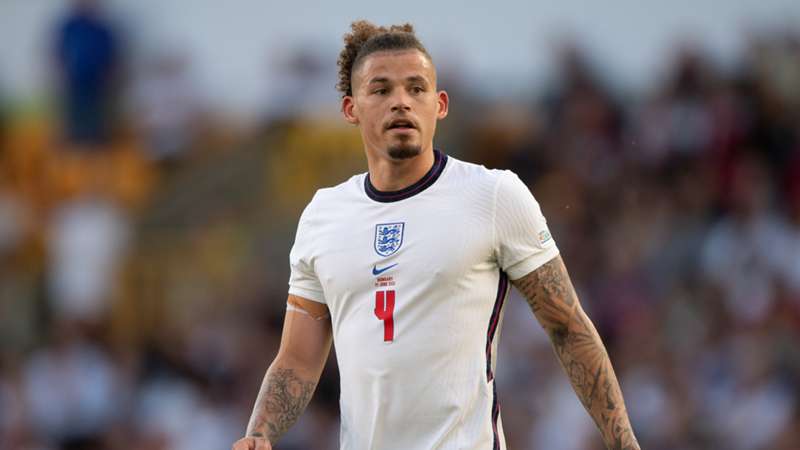 But fitness issues have restricted the 26-year-old to only three cameos off the bench for the reigning Premier League champions, with Phillips entirely absent for Saturday's 3-0 win over Wolves.

Now the defensive midfielder, named by England for this month's final pre-World Cup games in the Nations League against Italy and Germany, looks likely to require an operation to deal with a persistent shoulder issue.

"It's a problem with his shoulder again," Guardiola said when asked about Phillips' absence for the Wolves match. "Maybe he will need surgery in the next days.

"It will be, not long, but a little bit longer because he needs [surgery]. Every time, it is out and it is out, and the doctors say that when you are out three or four times with the shoulder, the only solution is to have surgery."

Proud to play our part for an important cause and good to see an old mate pic.twitter.com/qdGbE0xI6P

It marks a major blow for both Phillips and Southgate, with the former's chances of making the plane to Qatar likely to be in jeopardy, and the latter left with a selection headache for his starting XI.

Despite limited minutes, Phillips would likely have resumed the double-pivot pairing with West Ham's Declan Rice in front of an England defensive line.

But his potential absence could force Southgate into a change in formation, with Jude Bellingham and Jordan Henderson among the options pushing for a starting berth.

England kick off their World Cup campaign against Iran in a little over nine weeks' time, with the upcoming games against Italy and Germany providing Southgate with a final chance to see his side in action before the tournament begins.

The Three Lions have yet to confirm Phillips' absence from their squad for those games, but Guardiola said there is "no way" he will feature in either contest.

Asked if he can provide a timeline for the former Leeds player's return should he indeed go under the knife, Guardiola responded: "I don't know, I am not a doctor.

"But in a good way he could arrive at the World Cup. I think so. But I am not a doctor. The doctor says the only solution right now is to do what we have to do."