Hackett has no problem with Broncos boos: 'I would be booing myself!' 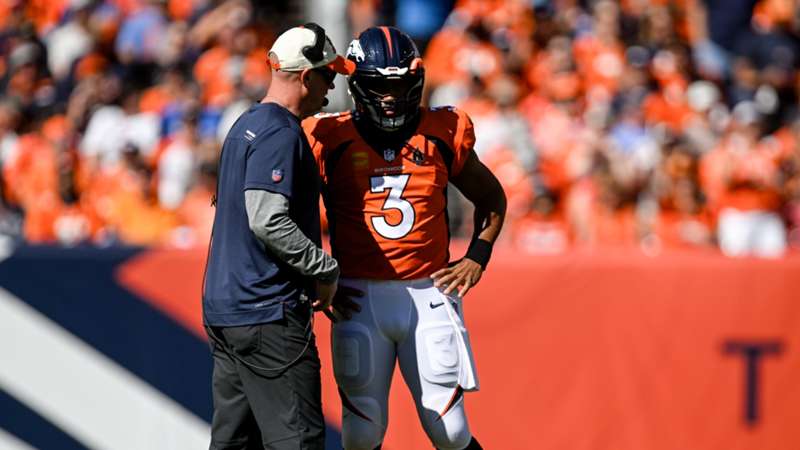 Nathaniel Hackett got his first win as Denver Broncos head coach on Sunday, but he did not enjoy a happy home opener as his team were jeered against the Houston Texans.

The calendar looked kind through two weeks, starting against Wilson's former team the Seattle Seahawks and then welcoming the Texans.

But Denver, under first-time coach Hackett, lost in farcical fashion in Seattle and only scraped past the Texans 16-9 to recover to 1-1.

The crowd were far from happy with what they saw from their team in Week 2, and those sentiments were echoed by Hackett, the subject of boos.

"I would be booing myself," Hackett said. "I was getting very frustrated.

"We get down to the red zone two times, don't get another touchdown, which is unbelievably frustrating. I don't think we have scored in there yet.

"That's something where all of our guys have to step it up. Whether we run the ball more, whatever we're doing, we just have to execute at a higher level."

A win's a win. pic.twitter.com/HgJhcQrfTQ

The Broncos inexplicably ran down the clock against the Seahawks before sending on kicker Brandon McManus to miss a vital field goal rather than putting the ball in Wilson's hands on fourth and five.

And timekeeping was again an issue against the Texans, with slow play-calling prompting the Denver fans to count down the play clock in a loud chant.

"I think I just need to be sure I clean up exactly what I'm hearing, where I'm going with it, and make sure I'm on the same page for Russ," Hackett explained. "I think that will make us more efficient."

Wilson, who completed just 14 of 31 passes for 219 yards with one touchdown and one interception, was reticent to criticise the crowd as he skirted around the issue.

"I guess [the countdown] was helpful if needed," he said. "I guess they do that in basketball sometimes.

"This crowd was amazing tonight. Once again, how they were especially when the defense was out there with the game on the line... I know how hard that is as a quarterback hearing all of that noise and all that tenacity.

"That was great that our fans were really into it and just a great football crowd, for sure."