A huge divisional rivalry takes centre stage in the NFL on Sunday, as the Buffalo Bills travel to Florida to face the Miami Dolphins.

The Bills have lived up to their pre-season Super Bowl favourites tag after beating the Los Angeles Rams on opening night and sweeping aside the Tennessee Titans last weekend.

Outscoring their opponents 72-17 resulted in a +55 point differential for the Bills that stands as their second-best in franchise history at this stage of a season (+63 points after the first two games in 1981).

It marked only the sixth occasion since 1925 in the NFL where a team has overturned such a margin in the fourth quarter.

Sunday's match-up will see the top-three players for receiving yards take to the field, with Tyreek Hill leading the way with 284 ahead of the Bills' Stefon Diggs (270) and team-mate Jaylen Waddle (240). 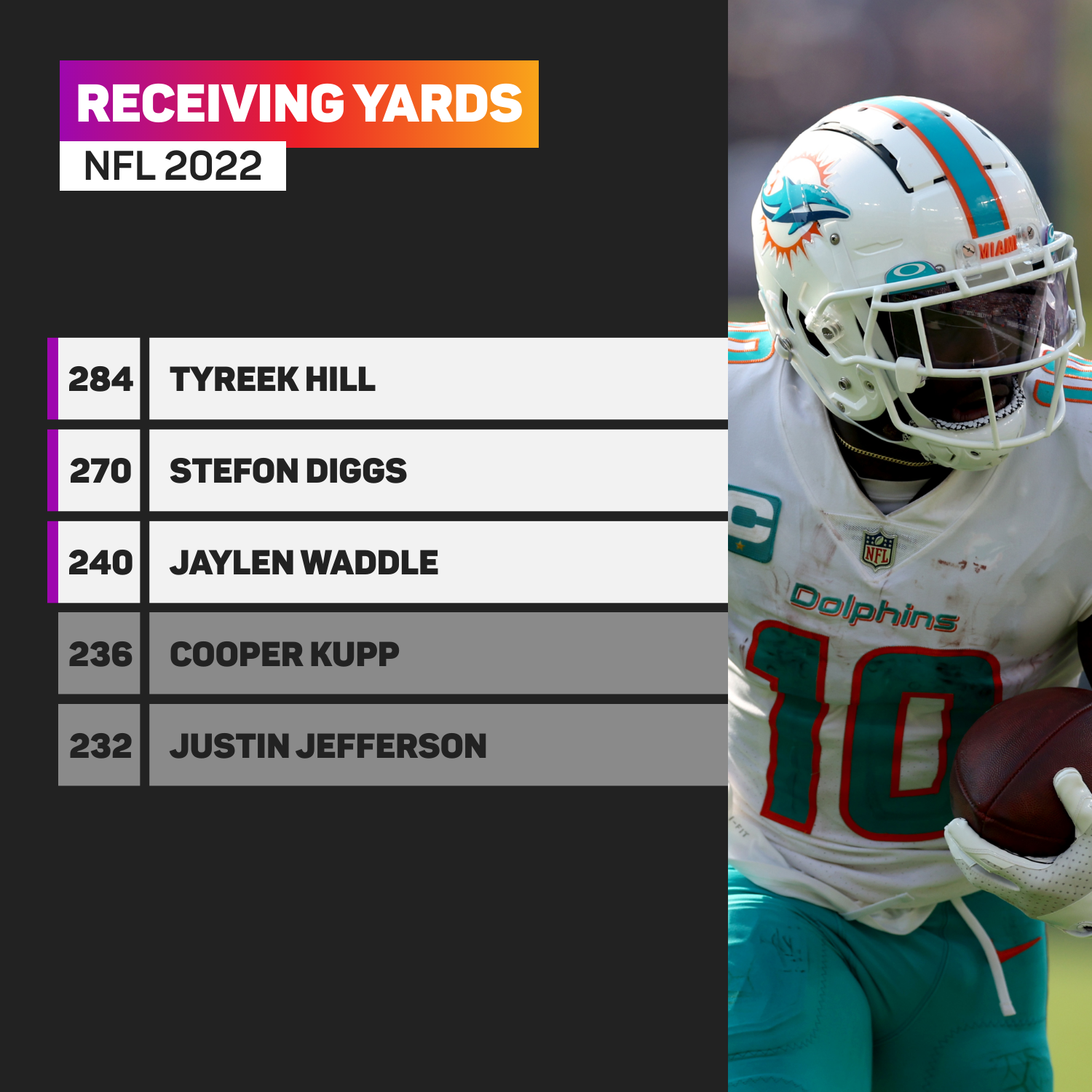 Both teams will certainly feel comfortable in targeting those players, with Tua Tagovailoa throwing six TDs last week, including four in the fourth quarter.

Josh Allen, meanwhile, has thrown at least two TD passes in each of his eight career appearances against the Dolphins. That is the longest such streak against a single team in Bills history.

Such an array of offensive talent may flip the pressure onto the defenses, though the Bills will feel confident of putting pressure on Tagovailoa having secured nine sacks in the opening two matches – the second-highest in the NFL behind only the Tampa Bay Buccaneers (10).

The Bills also hold the historical edge, boasting seven straight wins against the Dolphins which represents their best-ever sequence against Miami.