Tottenham forward Richarlison has suggested his former club Everton have a "lack of ambition" as he explained his reasoning behind leaving Frank Lampard's team.

Richarlison scored in that win and played a pivotal role in Everton's survival, netting six goals from the start of April. Having finished as the Toffee's top scorer, with 10 league goals, he was sold to Tottenham in June for an initial £50million, with potential add-ons taking the deal to £60m.

Everton's finances have been under scrutiny after their lavish spending under Farhad Moshiri, whose investment has not yielded desired results since he purchased a majority stake in the club in 2016, and a big sale was needed to help balance the books.

Though leaving Goodison Park after four years was still a difficult decision, Richarlison feels Everton lacked the ambition to challenge for honours.

"It's always a tough call when you have such strong connections with your club, and that was definitely the case for me," Richarlison told FourFourTwo.

"I was happy at Everton and I’m grateful for everything I learned there. It’s a big club with a lot of history.

"However, perhaps they're suffering with a lack of ambition nowadays. You know, that eagerness to win matches and trophies.

"I spent four years there and I could see there was still a very long way to go to achieve big things.

"I felt it was the right time to move on, and the club also had to make some money. It was a good deal for everyone involved. I'm delighted with this new challenge at Spurs." 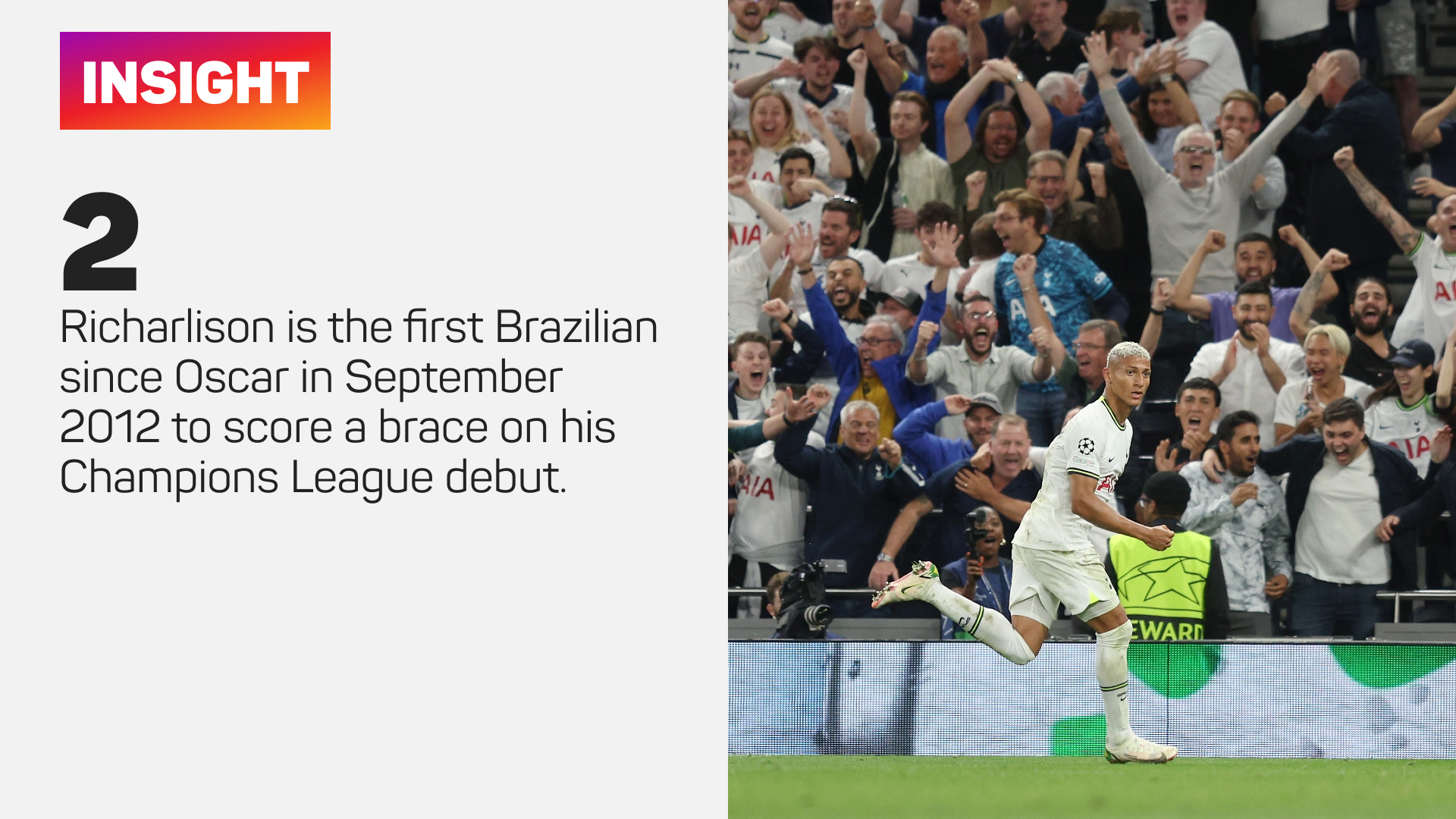 After a bright start to last season under Rafael Benitez, the former Liverpool manager who replaced Carlo Ancelotti following the latter's surprise return to Real Madrid, Everton tailed off badly as injuries and a loss of form combined.

Lampard took over from the unpopular Benitez in January, though struggled to get immediate results before finally finding a way over the line in May. Everton are yet to win in the league this season, though have shown promising signs in a run of four successive draws.

"It was a very stressful season, to be honest," said Richarlison, who is set to play a key role for Brazil at the upcoming World Cup.

"We had a lot of injuries and the squad wasn’t big enough to cope. I personally had some issues, too.

"As soon as the previous Premier League campaign had finished, I played in the Copa America, then the Olympic Games, and then the Premier League started again. I had no break and sustained a few injuries during the season."

Richarlison has swiftly endeared himself to Spurs supporters and head coach Antonio Conte, who hailed the 25-year-old's versatility and application after a two-goal showing on his Champions League debut against Marseille.

Those goals are Richarlison's only ones in a Tottenham shirt, though he has provided two Premier League assists in his last two appearances in the top flight.