Rio Ferdinand has warned this season's Premier League title battle already appears to be "a one-horse race" due to Erling Haaland's fast start to life at Manchester City.

Those 11 top-flight goals have come from just 27 shots and an expected goals (xG) value of 6.5, highlighting just how lethal the 22-year-old has been for his new club.

City are two points clear of second-placed Arsenal, who face Brentford on Sunday, after winning five and drawing two of their opening seven top-flight outings this term.

Liverpool, City's most realistic title challengers this season, are already eight points behind with a game in hand following a slow start to their campaign.

And former Manchester United defender Ferdinand believes Pep Guardiola's men are good value to make it three Premier League titles in a row and a fifth in six seasons.

"It's ominous for everyone else. It's looking like a one-horse race [for the title]," Ferdinand told BT Sport.

"They're only going to get stronger. Haaland has hit the ground like a racehorse. He's taken everybody else's game up a level.

"Grealish answered the critics in a wonderful way with a good performance and a goal. Kyle Walker is coming back.

"So all things are looking positive for them. There will be bumps in the road for every team but this is looking good." 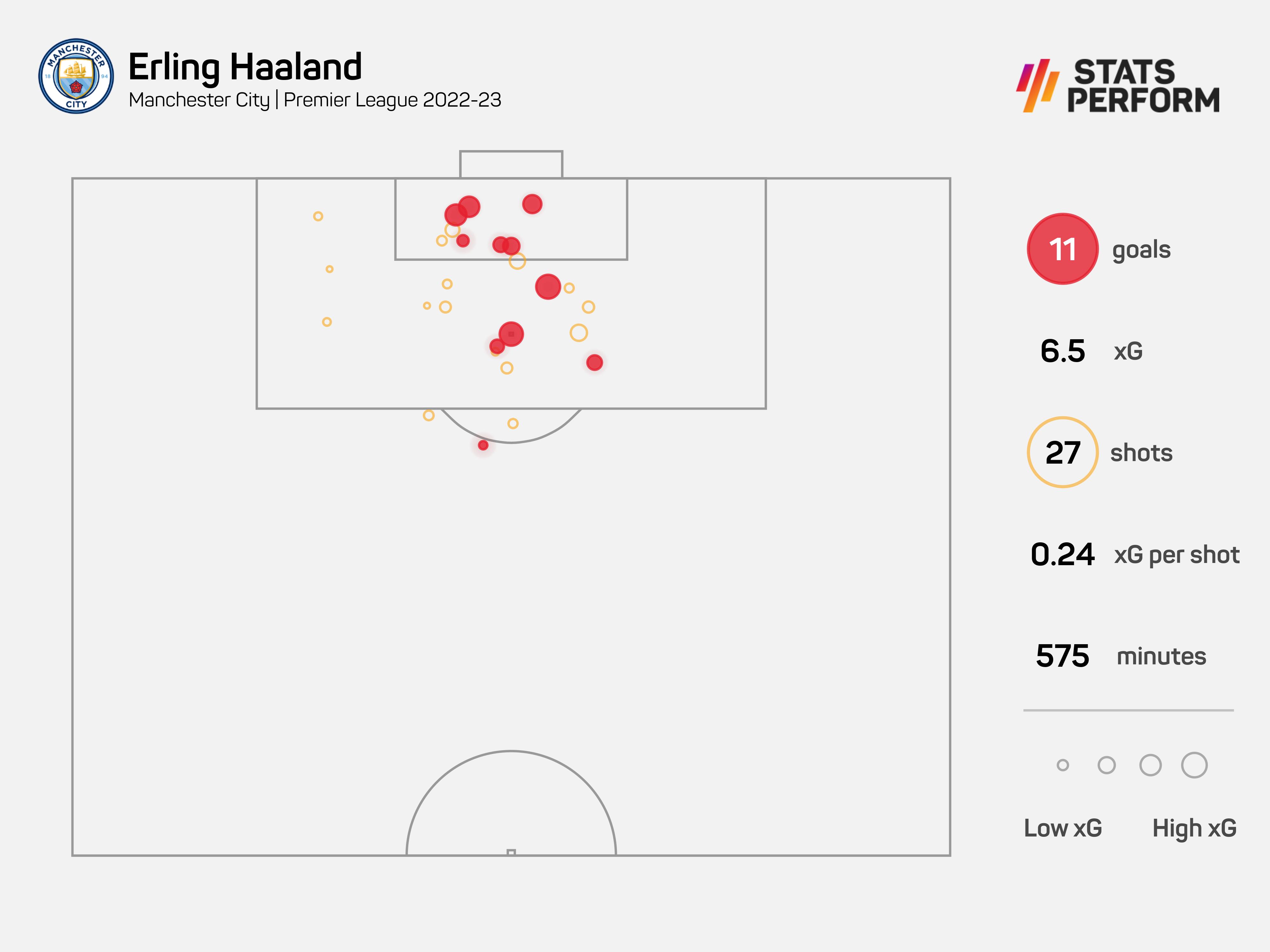 With his strike at Molineux, where Wolves had Nathan Collins sent off at 2-0 down, Haaland is the first ever player to score in each of his first four away Premier League games.

The Norway international now has 100 goals in his past 99 games in all competitions for Borussia Dortmund and City.

On the basis of what he has witnessed so far, Ferdinand backed Haaland to set a new Premier League goals record for a single season.

That is an accolade shared by Alan Shearer and Andy Cole, who scored 34 goals in the 1993-94 and 1994-95 seasons respectively, with those campaigns spanning 42 matches.

"He's on the right track. I'm saying 35 [goals]," Ferdinand said. "He's got the ability to break records as he's in a team that absolutely dominates. He's got the hunger and desire."

Asked if Haaland has a shot of pipping the likes of Karim Benzema to win the Ballon d'Or, Ferdinand said: "I'd say he's in contention.

"If he carries on this form, if City win the Champions League, there's no question, there won't be anybody who can get near him.

"He scored with his first touch today. He wasn't involved in the game but he doesn't care about that."