Roger Federer's retirement from tennis marks the end of an era, as one of the sport's finest bows out next week at the Laver Cup.

Coming on the heels of Serena Williams' apparent finish at the summit of the sport at this month's US Open, it represents the latest major changing of the guard near the summit of tennis' upper echelons.

Throughout his career, the 41-year-old has stood either alone or alongside a rarefied group in the record group, and Stats Perform has rounded up some of his most impressive statistics.

750 - Federer has spent 750 weeks in the top 10 of the men's singles rankings, an undefeated number for a male player since they were first published in 1973.

369 - He has won more men's singles main draw matches in grand slam tournaments than any other player in the Open Era (369).

237 - With 237 consecutive weeks at number one, Federer holds the record for the longest such streak in men's singles history – a stretch of four-and-a-half years.

105 - Federer has played 105 matches at Wimbledon in the Open Era, more than any other male player. 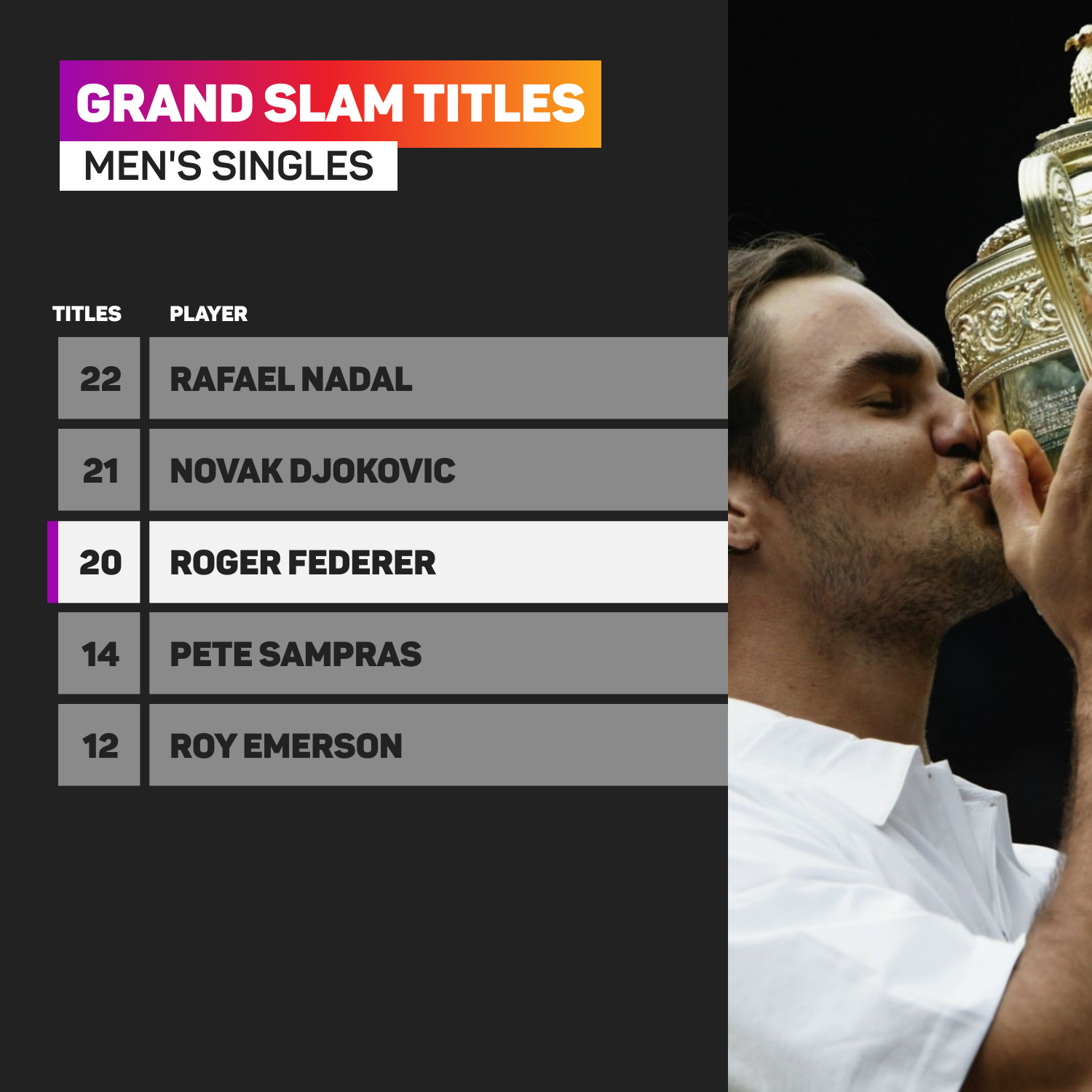 224 - Federer has recorded 224 victories against top-10 opponents. Only Novak Djokovic (232) has more such wins in the Open Era.

15 - In his home tournament in Basel, Federer reached 15 finals, the highest tally for a player in a single ATP-level tournament since the majors turned professional in 1968.

1 - With 429 grand slam matches to his name in the Open Era, Federer is the only male player to have exceeded the 400+ mark.

10 - Federer is the only male player able to reach 10 consecutive Grand Slam finals in the Open Era (between Wimbledon 2005 and the US Open 2007).

0 - According to ATP Media info, Federer never retired from a match in his career (1,526 matches in singles, 223 in doubles).

10 - Roger Federer is the only male player able to reach 10 consecutive Grand Slam finals in the Open Era (between Wimbledon 2005 and the US Open 2007). Dominant. pic.twitter.com/VsHmtVuYAg