Rumour Has It: Man Utd could turn the page on De Gea, with Jan Oblak as his replacement 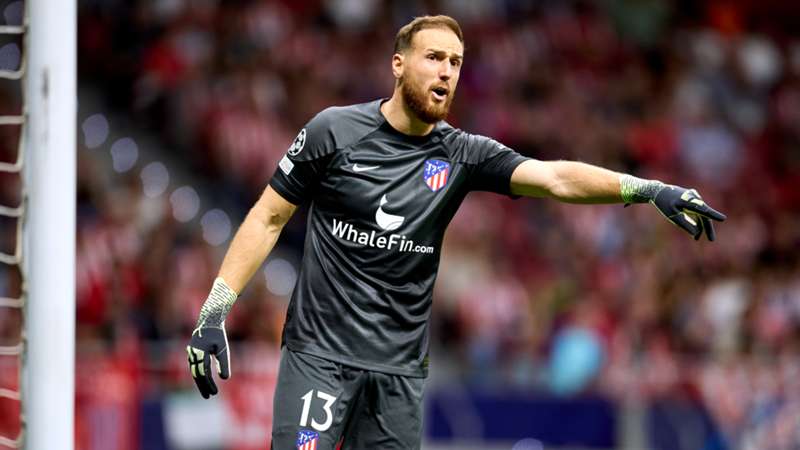 Manchester United are reportedly ready for a major change, with Atletico Madrid goalkeeper Jan Oblak said to be a priority target.

De Gea has publicly declared his desire to remain at Old Trafford, but if Erik ten Hag decides his time as the number one is coming to an end, then he will likely have to leave unless United want the most expensive backup keeper in the world.

According to a report from French publication Jeunes Footeux, United are looking for a goalkeeper of international calibre and are willing to pay up for the man with 359 appearances for Atletico since 2014.

It claims United are willing to make an offer of €18million per season – almost double the current salary of the 29-year-old Slovenian – to convince him to make the jump to the Premier League.

The report includes a nugget of information about Paris Saint-Germain also being interested in securing Oblak's services, as questions continue to be asked about Gianluigi Donnarumma.

– GiveMeSport is reporting Arsenal are "very close" to securing a contract extension for 21-year-old Bukayo Saka.

– According to Calciomercato.com, Manchester City are joining Chelsea in the chase for Milan's Rafael Leao as he bides his time on signing a new contract.

– Brighton are offering new deals to Alexis Mac Allister and Leandro Trossard in an effort to fend off transfer offers, according to Ekrem Konur with Fichajes.

– After being one of the most in-demand centre-backs in the world this past transfer window, Inter's Milan Skriniar is expected to be awarded with a new and improved contract, according to Foot Mercato.