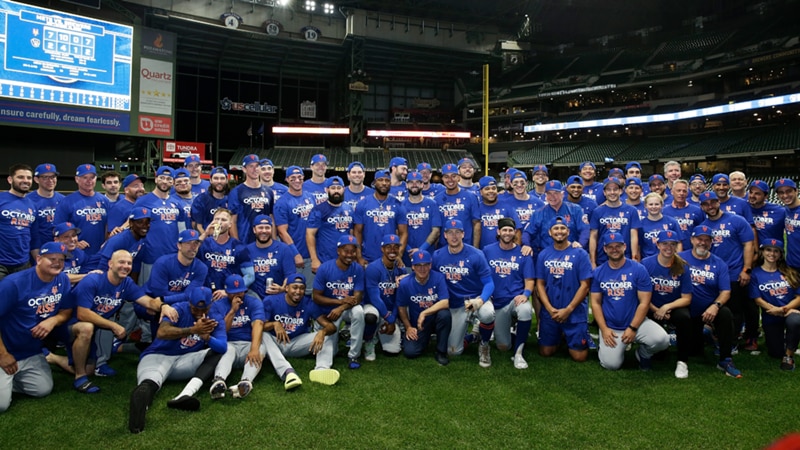 The New York Mets clinched their place in the MLB postseason for the first time since 2016 with Max Scherzer securing his 100th career win in a 7-2 victory over the Milwaukee Brewers on Monday.

The win means the Mets have booked a postseason berth, guaranteed at least a spot in the National League (NL) Wild Card Game, holding a 94-55 record.

The Mets will be making only their 10th postseason appearance in the franchise's 61-season history.

"We have a lot of things in front of us. We understand that. But you got to celebrate the good times, too."

The Houston Astros secured the American League West title for the first time in the past six seasons with a 4-0 win over the Tampa Bay Rays.

Jose Altuve's leadoff home run set the tone for the Astros, while Luis Garcia gave up two hits and four walks in five innings with four strikeouts as Houston claimed their 16th shutout.

The Astros also won for the eighth time in nine games ahead of their sixth straight postseason. Houston are assured of a first-round bye in the playoffs.

The Dodgers, who have already clinched the NL West, saw Joey Gallo blast a second-inning homer, before Chris Taylor's three-run blast opened up a 5-0 lead.

But Kershaw grabbed the headlines, managing to strike out at least 10 batters with no walks in a game for the 27th time in his career.