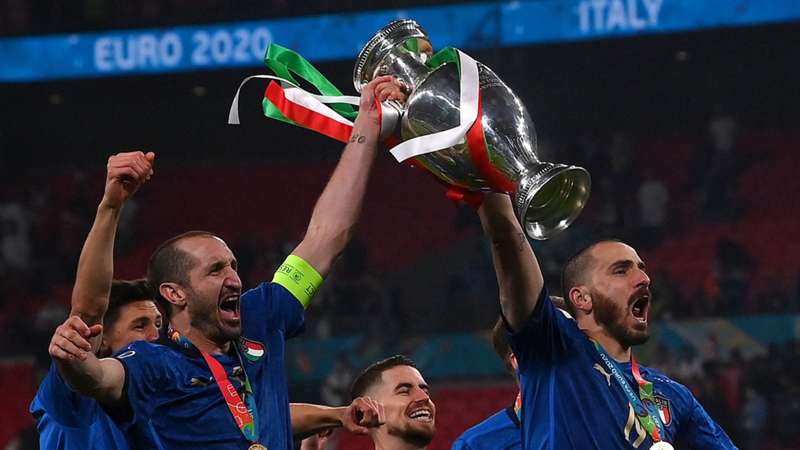 UEFA president Aleksander Ceferin says the organisation will not repeat a pan-continental staging of the European Championship following Euro 2020, but has not ruled out further successful joint bids in the future.

The 2024 tournament will revert to a single nation host in Germany, but the 2028 edition could once again see multiple hosts, with a British Isles bid up against Turkey for duties.

Speaking at a press conference on Wednesday, Ceferin confirmed there will be no continent-spanning events in future, but he is not opposed to shared hosting between smaller neighbour nations.

"We are not considering such Euro tournaments in 10-11 countries, that was complicated enough," he stated. "With [the pandemic], it was even more complicated.

"With respect to sporting considerations, Switzerland played one game in Rome and then in Baku, and some teams played at home all the time.

The qualifying system for #EURO2024 has been finalised. Hosts Germany qualify automatically, with 53 nations vying for the other 23 places.

group winners and 10 runners-up qualify for the finals.

spots decided by play-offs in March 2024.

"Those who did not travel and played at home ended up in the final. We don't like that concept at all.

"It was a good idea. It was the 60th anniversary of the Euros, some Pan-European friendship... These were the elements of that idea.

"I'm not saying that the idea was bad. But my feeling is that Euros should take place in one or two countries if we're talking about smaller countries."