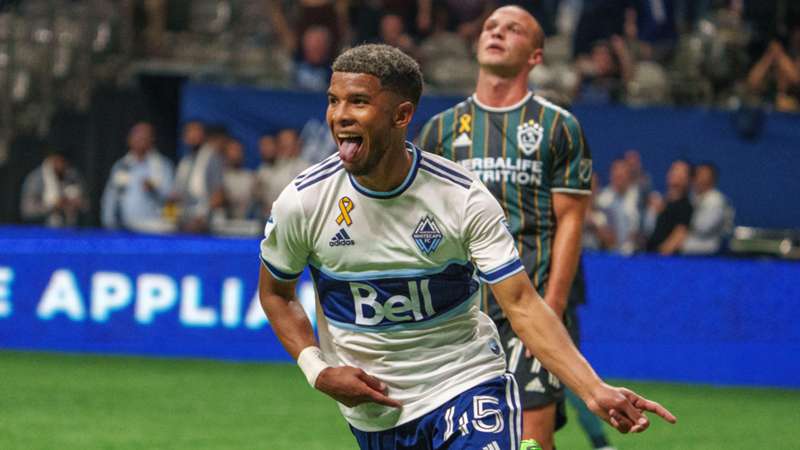 The Vancouver Whitecaps found another gear in the second half of Wednesday's home game against the Los Angeles Galaxy, finding the back of the net three times after the break in the 3-0 win.

While Los Angeles still had the bulk of the possession in the second half (64 per cent), it was the Whitecaps generating the chances, with six shots on target to the Galaxy's two.

It took a corner to produce the opening goal, with an initial sharp header from close range being saved by Galaxy goalkeeper Jonathan Bond, before Ryan Gauld was able to force home the rebound in the 57th minute.

Wait for it!!! @RyanGauld cleans it up in front for his SEVENTH goal of the season!!! @WhitecapsFC | #VWFC https://t.co/991HbO1hyW pic.twitter.com/clZ9rVlUYZ

The advantage was doubled 11 minutes later when an unsuccessful Los Angeles corner launched a Vancouver counterattack, with a cross into the near post being expertly flicked on for Pedro Vite to tap-in at the back post, marking his first MLS goal.

Tosaint Ricketts came off the bench to complete the rout, getting behind the defence and finishing off a one-on-one in the 88th minute to trim the gap between Vancouver and the last Western Conference playoff spot to six points.

Meanwhile, it was the first time since July that Atlanta United have kept a clean sheet as they left Orlando City with a 1-0 result.

The only goal of the game – despite a combined 30 shots – came in the 72nd minute when Thiago Almada snaked his way into the penalty box, getting on the end of a one-two with Andrew Gutman before tucking away his match-winning finish.

Atlanta are now two points out of an Eastern Conference playoff spot, while Orlando City are one point inside that line, while also having a game in hand.

Austin FC strengthened their position as the West's second-best team, comfortably handling the challenge of fellow playoff side Real Salt Lake 3-0 at home.

Just like Vancouver, Austin piled on all of their goals in the last half-hour, with Moussa Djite bagging a hat-trick as he came on in the 58th minute and struck in the 60th, 76th and 80th.

In the final game of the day, the San Jose Earthquakes remained stuck to the bottom of the table as they went down 2-1 on the road against the Colorado Rapids.