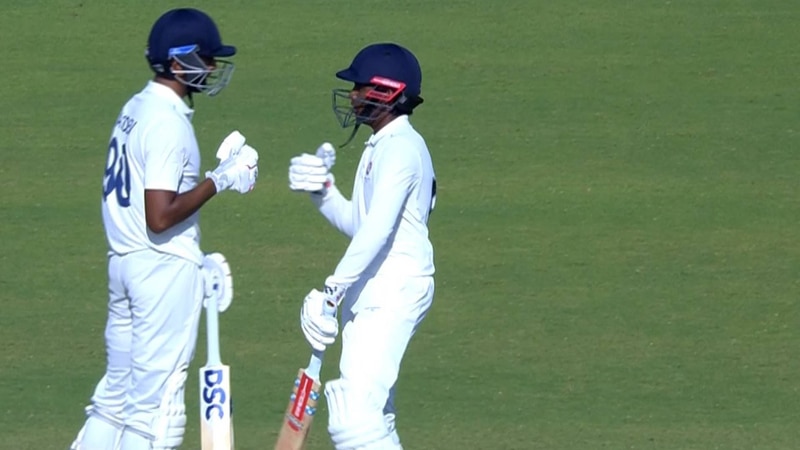 Shreyas Iyer, who got released from the T20I squad tried to stitch a partnership with Sarfaraz Khan. Shreyas did well initially but lost his wicket to in-form Ravisrinivasan Sai Kishore. Iyer scored 37 runs from 63 deliveries. In the second session, the left-arm spinner struck again and dismissed Sarfaraz (34).

It's Stumps on the first Day of the #DuleepTrophy #Final!

West Zone moved to 250/8 against South Zone at the close of play.

We will see you tomorrow for Day 2 action! #WZvSZ | @mastercardindia

Kishore's third wicket turned out to be Shams Mulani. In the 45th over, West Zone had lost six wickets for 101. Atit Sheth shared a crucial seventh-wicket partnership with Patel. The partnership was broken by Basil Thampi with the old ball. In the next over, Krishnappa Gowtham dismissed Tanush Kotian.

West Zone were reduced to 167/8. In the last session, Unadkat provided the much-needed support. When he walked out to bat, Patel was already batting on 52.

The two batters played through the session and ensured no more wickets fell before the end of day's play. They shared an unbeaten 83-run partnership for the ninth wicket. Unadkat remained not out for 39 runs from 64 deliveries. On the other end, Patel needs four more runs to get to his century. In his 178-ball long stay at the crease, he hit six fours and one six.

West Zone had 250/8 on the board on Day 1. They would hope that the partnership continues so that they post a first innings total close to 350 at SNR College Cricket Ground, Coimbatore.

Despite a Day 1 pitch, South Zone spinners bowled the most number of overs. Only Telukupalli Ravi Teja remained wicketless whereas other four bowlers provide breakthroughs.