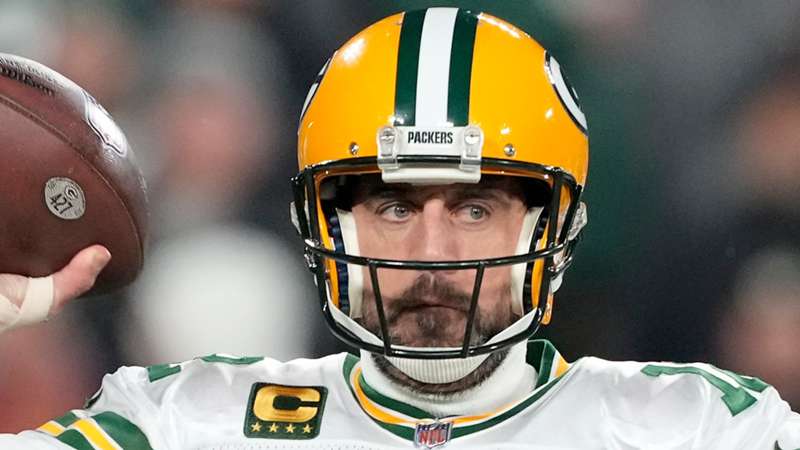 Aaron Rodgers felt he threw "a lot of kinda wobblers" in a defeat to the Tennessee Titans and described boos from Green Bay Packers fans as "interesting".

After beating the Dallas Cowboys to halt a five-game losing streak last Sunday, Green Bay slipped up again and are 4-7 in second place in the NFC North.

Quarterback Rodgers finished on 24-of-39 passing for 227 yards, with two touchdowns and no interceptions.

Derrick Henry was a star of the show, rushing for 87 yards to become the first running back to pass the 1,000-yard mark this season.

He also rushed for his 10th touchdown, becoming the fifth player in NFL history to rush for 10 or more touchdowns in five consecutive seasons.

Packers supporters made their feelings clear and Rodgers was clearly puzzled to hear them turn on their side.

"Interesting," Rodgers said when asked about the boos. "That's the best I can give you."

Rodgers, bothered by a thumb problem of late, offered a frank assessment of his performance during Green Bay's latest setback.

"I couldn't tell you, point to one thing [that went wrong]," he said. "I'm not going to make excuses about my thumb, it's been the same since New York.

"I don't know. I've gotta go back and look at it. It felt like fundamentally I was in a good spot. I just didn't have the same type of consistent grip and ball coming out the same way.

"I threw a lot of kinda wobblers tonight. There was some wind. I just missed a few throws I should have had."

He added: "I've got to throw the ball better than I did tonight. Not a lot of margin for error for us and definitely not against a team that gives you some opportunities. We've got to have those plays.

Four-time NFL MVP Rodgers says all is not lost for the Packers.