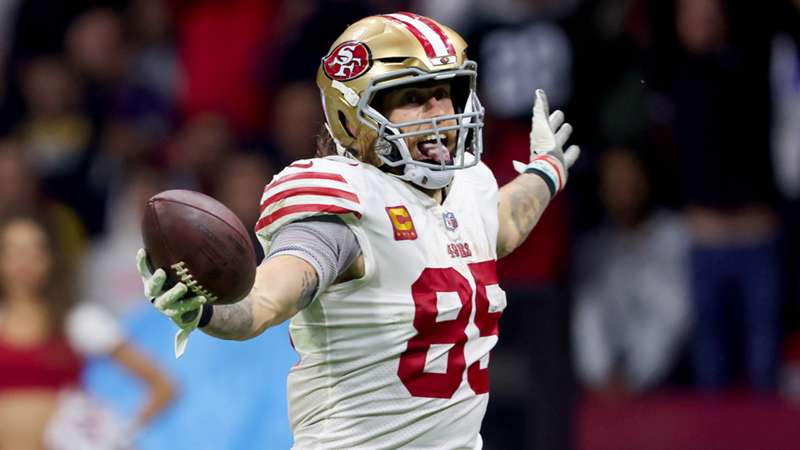 The San Francisco 49ers did not allow the Arizona Cardinals to score a single point in the second half of Monday's 38-10 blowout in Mexico City.

Despite the lop-sided final result, the Cardinals scored the first points of the game with an early field goal, and after two short-range touchdown passes from the 49ers' Jimmy Garoppolo to Brandon Aiyuk and George Kittle, Arizona pulled it back to 14-10 with a James Conner goal-line touchdown run.

Unfortunately for the Cardinals, that touchdown in the second quarter would be their last points of the game, with the 49ers' defense figuring things out at halftime and producing a shut-out the rest of the way.

San Francisco put the game to bed with two more touchdowns in the third period – a second to Aiyuk, and a 39-yard end-around score for receiver Deebo Samuel – before adding the finishing touches with a second touchdown for Kittle in the last.

Having not thrown more than two touchdown passes in any game since October 2020, Garoppolo finished off completing 20 of his 29 passes for 228 yards and four scores, tying a career-high as his offense committed no turnovers.

Kittle caught four passes for 84 yards and two scores, doubling his touchdown tally for the season, while Aiyuk's two touchdowns came from his only two catches, giving him a six overall to lead the 49ers' pass-catchers this campaign.

At 6-4, the 49ers sit atop the NFC West, owning the tiebreaker with fellow 6-4 side the Seattle Seahawks, while the Cardinals fell to 4-7.