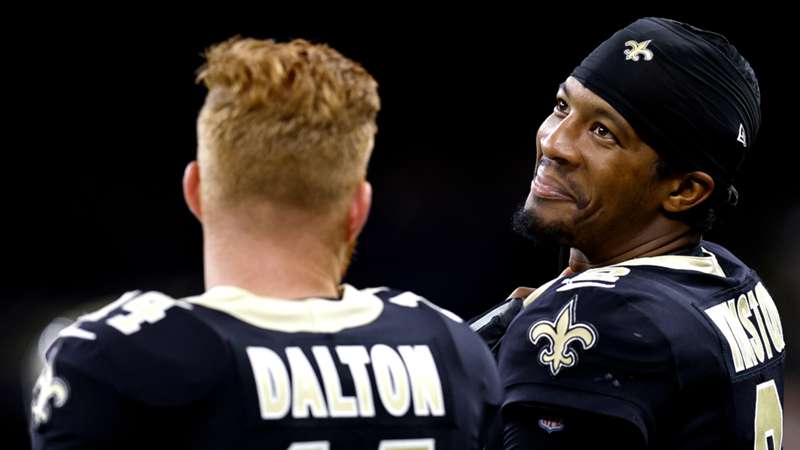 New Orleans Saints head coach Dennis Allen told reporters on Monday that Jameis Winston may reclaim the role of starting quarterback for their Week 11 clash against the Los Angeles Rams.

Andy Dalton stepped into the role in Week 4, and under his leadership the Saints' offense was on fire, putting up scores of 25, 39, 26, 34 and 24 – before hitting a wall, only scoring a combined 23 points across the past two losses.

With a 3-7 record and coming off a poor 20-10 loss against the 3-6 Pittsburgh Steelers, Allen indicated Dalton was no longer locked into the starting role.

He told the media everything will be on the table when the Rams roll into town, including a change in quarterback.

"It falls on all of us, coaches & players, to hold each other to the standard that we're used to around here.

We're not playing to that standard and we have to be better." pic.twitter.com/K6aAr5sra0

On Winston specifically, Allen said part of the decision will come down to if the medical staff believe he is healthy enough to contribute.

"I feel like I think we probably have to visit with him a little bit in terms of [his health], or visit with the medical staff in terms of that," he said.

"I think Jameis said this the other day, I don't know that he's ever going to be 100 per cent healthy this season. But he's in here every day, he's in here every morning working with the trainers, getting himself ready – and I feel like he's closer to being there.

"I don't think any decisions are made in a vacuum, but we've got to try to do what we feel like gives our team the best chance to win. So that's ultimately what the decision will come down to."