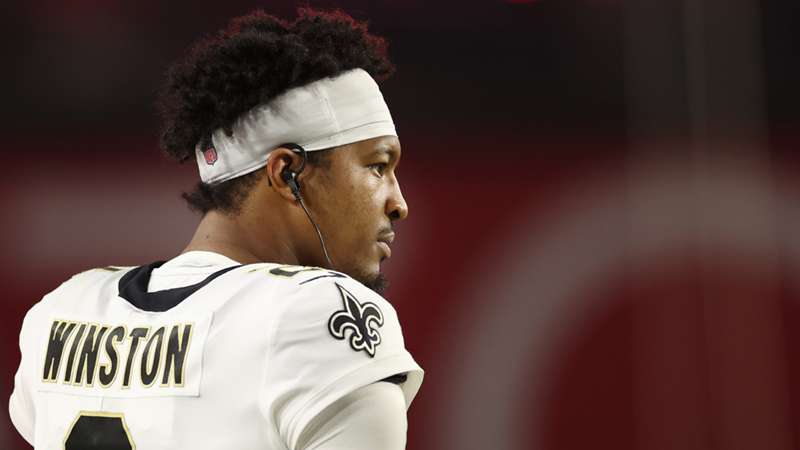 Jameis Winston has been unable to regain his job as the New Orleans Saints starting quarterback despite being healed from his back injury, and that isn’t sitting too well with him.

Winston started the first three games of the season for the Saints, but reportedly suffered four fractures in his back in the season opener against the Atlanta Falcons.

Although he says he is healthy enough now to return to the field, coach Dennis Allen decided to stick with veteran Andy Dalton for the eighth consecutive game Sunday against the Los Angeles Rams.

“When my number is called I’ll be ready” - Jameis Winston pic.twitter.com/8ZoK5cDcJe

Neither quarterback has separated himself from the other in terms of effectiveness.

Winston completed 63.5 percent of his passes for 858 yards with four touchdowns and five interceptions as the Saints went 1-2 in his three starts.

Dalton, meanwhile, has completed 65 percent of his passes for 1,559 yards and thrown 11 TDs with seven picks. New Orleans are 2-5 in his seven games.

"I owe it to this team to be in the role that I’m in right now, to this offense, to everyone," Winston said. "I apologise to the fans. I know some of them went to see me out there. But I think winning makes a lot of things better, so we need to go out there and start with this week, get a win as a team."