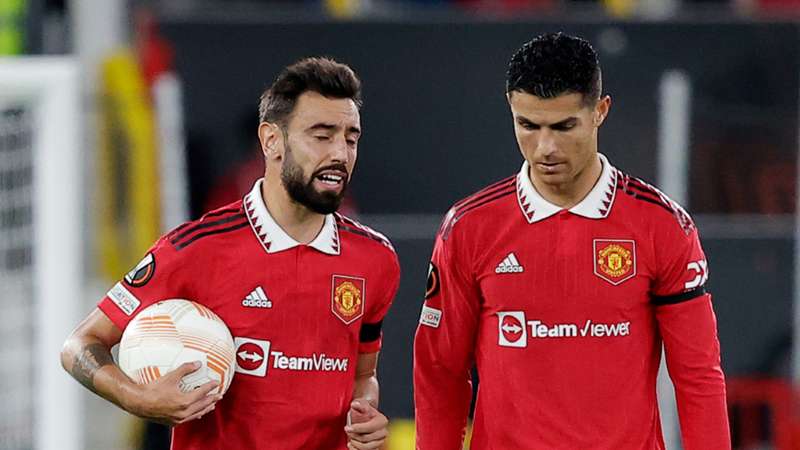 In excerpts published ahead of the full discussion, Ronaldo took aim at boss Erik ten Hag, United's ownership under the Glazer family, and several other members of their hierarchy.

His comments have been widely criticised since, though with United now not in domestic action until after Qatar 2022, Ronaldo's interaction with club-mates was always going to be minimised.

That is not the case with fellow Portugal international Fernandes, however, who appeared to snub Ronaldo upon meeting him as part of Fernando Santos' squad earlier this week.

In a video published by the team's official social media channels, the midfielder seems to ignore his team-mate's outstretched hand on arrival into the dressing room, only to turn back and shake before walking away.

Portugal will hope any disharmony between the two can quickly be put to one side with the duo key figures in their hopes of success.

They begin their World Cup campaign against Ghana on November 24 in Group H, before further fixtures against Uruguay and South Korea.