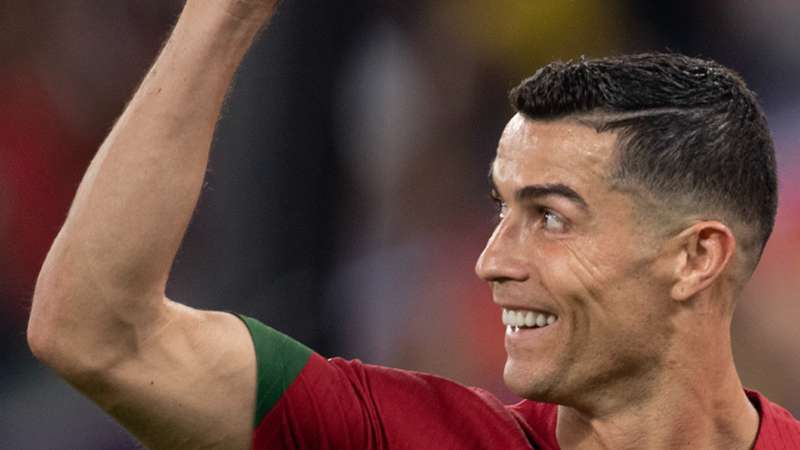 Cristiano Ronaldo stated his club future "does not matter" after a "beautiful moment" which saw him set a World Cup record.

Ronaldo's goal comes on the back of a week when he has dominated the headlines, conducting an interview with Piers Morgan that sent shockwaves across the world of football due to his immense criticism of Manchester United, with it then announced on Tuesday that a mutual termination of his contract was agreed.

That puts Ronaldo in the market as he stars in the World Cup but, while questions regarding his future will continue to orientate, he remains firmly focused on performing for his nation.

"It was a beautiful moment, my fifth World Cup. We won, we started with a good foot, it's a very important win," he told a post-match press conference.

"We know that in these competitions the first match is crucial, but also the record to be the first player to score in five World Cups, it's something that makes me very proud and I'm very happy that the team got a result in a tough game.

"The most important step was that we won, it was a week that finished a chapter, it's closed, and now we want to start off with a good foot.

"We won, I could help my team and all the rest does not matter."

Ronaldo earned the praise of head coach Fernando Santos, who believes the forward will remain a topic of conversation among football fans for many decades ahead.

"Cristiano is a phenomenon, a legend, like many others who have come and gone in football. In 50 years time, we will continue to talk about him."

Portugal can secure their spot in the round of 16 with victory against Uruguay on Monday, with their group stage concluding against South Korea four days later.