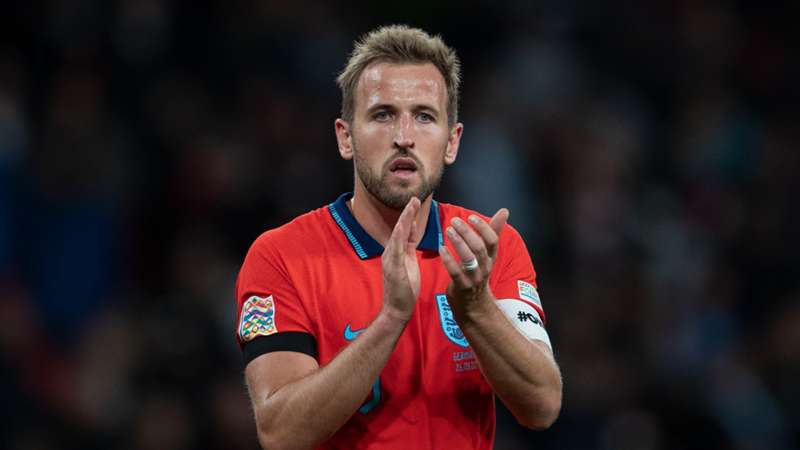 Harry Kane pinpointed David Beckham as his inspiration as the England captain looks to deliver the "ultimate success" at the World Cup.

Gareth Southgate's team reached the semi-finals at Russia 2018 before losing on penalties to Italy in the Euro 2020 final.

Kane played an integral role in both those campaigns, and former England star Beckham was the childhood hero who inspired him to achieve his dreams.

"When I was five, I wrote a note which said: ‘I want to play football’. I just fell in love with it." - @HKane #ThreeLions | @EnglandFootball

"I think I was about five or six years old when I started playing for Ridgeway Rovers, our local Sunday league team," Kane, 29, said in a letter posted on England's official website.

"We were pretty good at that age and it had a good set-up, with good coaches and plenty of good players.

"David Beckham had also played for Ridgeway Rovers growing up and with Beckham being Beckham, growing up he was my idol, and it was the same for a lot of young kids in that area.

"I knew he had played for the same team as me, went to the same local secondary school in Chingford Foundation School, and grew up in the area, so whilst Beckham was obviously a huge figure across the world, for those of us in Chingford, where he came from, that was all people used to speak about."

Kane said it was "an amazing achievement" for this childhood team and school to produce two England captains.

"Seeing Beckham go on to achieve what he did made it seem a little bit more real," Kane said.

Without that factor, Kane said his own career "might have felt it was out of reach or an impossible task".

Grassroots side Ridgeway Rovers have produced numerous English professional footballers alongside Beckham and Kane, including another international in Andros Townsend.

Kane eventually left Ridgeway Rovers to take up academy football with Tottenham. Now, he will hope to fire England to World Cup glory, and Kane says he can relate to supporters after being in their position earlier in his career.

"Before I became an England player, I was an England fan. During most major tournaments we would go to the pub to watch England," Kane said.

"We loved England, we loved watching England and we were big England fans. I remember many tears being shed after we went out on penalties and things like that."

He recalled the exuberant celebrations, too, and said it gave him huge satisfaction that recent England teams have been able to deliver more success than usual.

Kane added: "We have not quite had that ultimate success yet, but to give the young boys and girls, and the men and women, all around the country that happy feeling and those moments, where the beer goes everywhere and you are jumping on each other, is really special."

England start their World Cup campaign on Monday against Iran before also facing the United States and Wales in Group B.