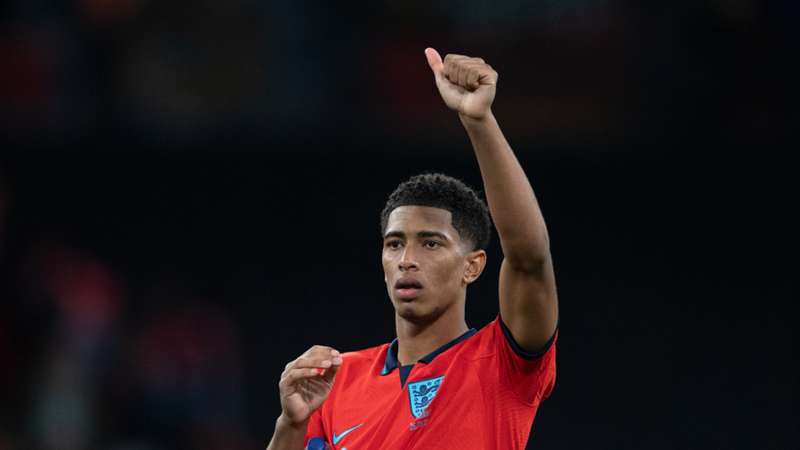 Jude Bellingham will be a superstar for England over the next decade, according to Steven Gerrard as the Three Lions prepare to kick off their latest World Cup campaign.

Following a superb start to the season in both the Bundesliga and the Champions League, hopes are high that Bellingham can have a major part to play in England's latest quest for glory on the world stage.

Former Liverpool and England great Gerrard feels there is plenty to come from the youngster over the coming years, while assessing the team's chances in Qatar.

"The tournament is going to be littered with high-class players," he stated, speaking at Hyundai's Goal of the Century sustainability campaign. "Jude, I'm a massive fan of his. I think in the next 10 to 15 years, he's going to become an England superstar.

"I love the midfield area now with [his] introduction. I really like our front half. I think the big challenge for England is whether we can find the right personnel and find the right partnerships in defence."

Straight down to work pic.twitter.com/cT2ekiPapW

Southgate leads England into his third major tournament in charge, having reached the semi-finals of Russia 2018 and the final at Euro 2020.

Gerrard says the Three Lions need to learn from their historic shortfalls this time around to go the distance.

"I think the difference between them succeeding or not will be whether they lean on previous experience," he added. "They should have a lot of confidence from [being close at] the Euros.

"I think England are one of four or five teams who can win this World Cup. That's not false belief or hope. There are enough games for us to build confidence and belief, and anything can happen from there."