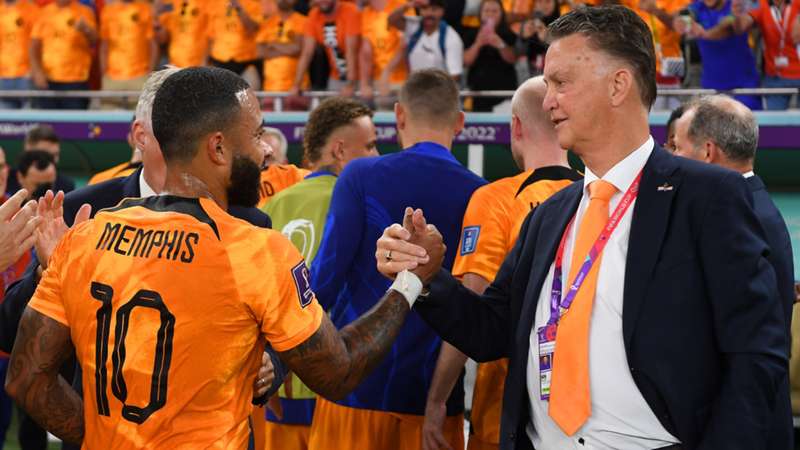 Louis van Gaal says the Netherlands will assess Memphis Depay's fitness following his cameo in their victory over Senegal.

Depay began the game on the bench due to an ongoing hamstring issue, but was introduced for the final 28 minutes at the Al Thumama Stadium and the Barcelona forward will hope to feature against Ecuador on Friday.

"We had agreed before the game that he would play about half an hour," Van Gaal said of Depay, who has been limited to just two LaLiga appearances this season.

"With Ecuador, he will want to play, but I have to assess his form after this game. I never thought we would lose and, with the entry of Depay, I wanted to have more chances to score. He is a player who can make the difference."

Van Gaal oversaw his 38th victory in charge of the Netherlands, the most by any manager in history, and praised the displays of Gakpo and goalkeeper Andries Noppert, who registered a clean sheet on his senior international debut.

But the head coach is seeking an improvement from his players as the tournament progresses.

"Gakpo was decisive, I left him inside because he knows how to score goals and is very agile," he added. "Senegal had three chances, but we have a goalkeeper who knows his stuff between the posts.

"We didn't play very well, too many times we gave them the ball and the chance to score. We had to be more compact. We can only improve, there was probably some tension between the players."