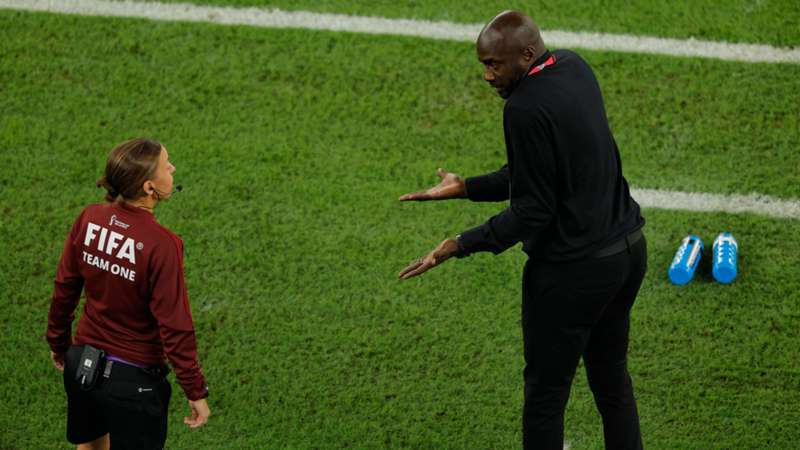 Ghana coach Otto Addo fumed at the decision to award Portugal a penalty in their thrilling win over the Black Stars on Thursday, declaring: "I don't know if the VAR wasn't paying attention".

Ghana, however, were incensed by referee Ismail Elfath's decision to award the spot-kick, believing Mohammed Salisu won the ball with his challenge on the five-time Ballon d'Or-winner.

Addo hit out at Elfath's performance and revealed he was denied the chance to speak to him after Ghana's defeat.

Asked whether Ronaldo benefitted from a favourable decision, Addo said: "I think you'd have to ask the referee. I have no proof of that, but we were playing the ball, then there was a contact.

"If I look at that moment, it's incredible. If you look at a replay, we played the ball. It was actually a foul against us.

"The game was hectic, we made a few mistakes to allow the second and third goals, opening the lines for them to pass it. It was a little bit unlucky.

"I asked some people from FIFA if I could talk briefly to the referee in a calm and quiet way, but they said he is in a meeting and it's not possible.

"I think they have match analysis, so it's the truth, but surely you can have some minutes for the coach."

Ghana full-back Tariq Lamptey was also asked about the decision, responding: "I think you saw it. You can give your opinion."

The African nation have now lost their opening match on three of their four participations at the World Cup (W1), but Lamptey believes there were plenty of positives to take.

"Obviously, I would have liked to get the win," Lamptey said. "They have a lot of world-class players in their team, but we felt like we could have got the result we deserved, and we were so close to getting that.

"We know we played well, but it's a difficult one as we know we could have got something. We'll put that energy into our next game and give it our best."

4 - Portugal 3-2 Ghana was just the fourth #FIFAWorldCup match to see as many as five goals having been 0-0 at half-time, after: