Pep Guardiola's new contract with Manchester City will see him remain at the Etihad Stadium until 2025, when he will mark nine years at the club.

Throughout his six and a half years in charge so far, Guardiola has been in charge of numerous superstars and club legends, with an all-time squad that would be of envy for any manager in world football.

But how exactly do you break that down into a full XI? Stats Perform has taken on the task and done exactly that.

Guardiola made a bold choice upon his arrival in Manchester, swiftly making it clear England international Joe Hart, a two-time Premier League winner, would not fit into his plans moving forward. After a disappointing season with Claudio Bravo, Ederson arrived in 2017 and has been number one ever since.

All of Ederson's 260 appearances across all competitions have come as a starter, higher than any other player under Guardiola, while he sits fifth in the list for total appearances under the Catalan boss. 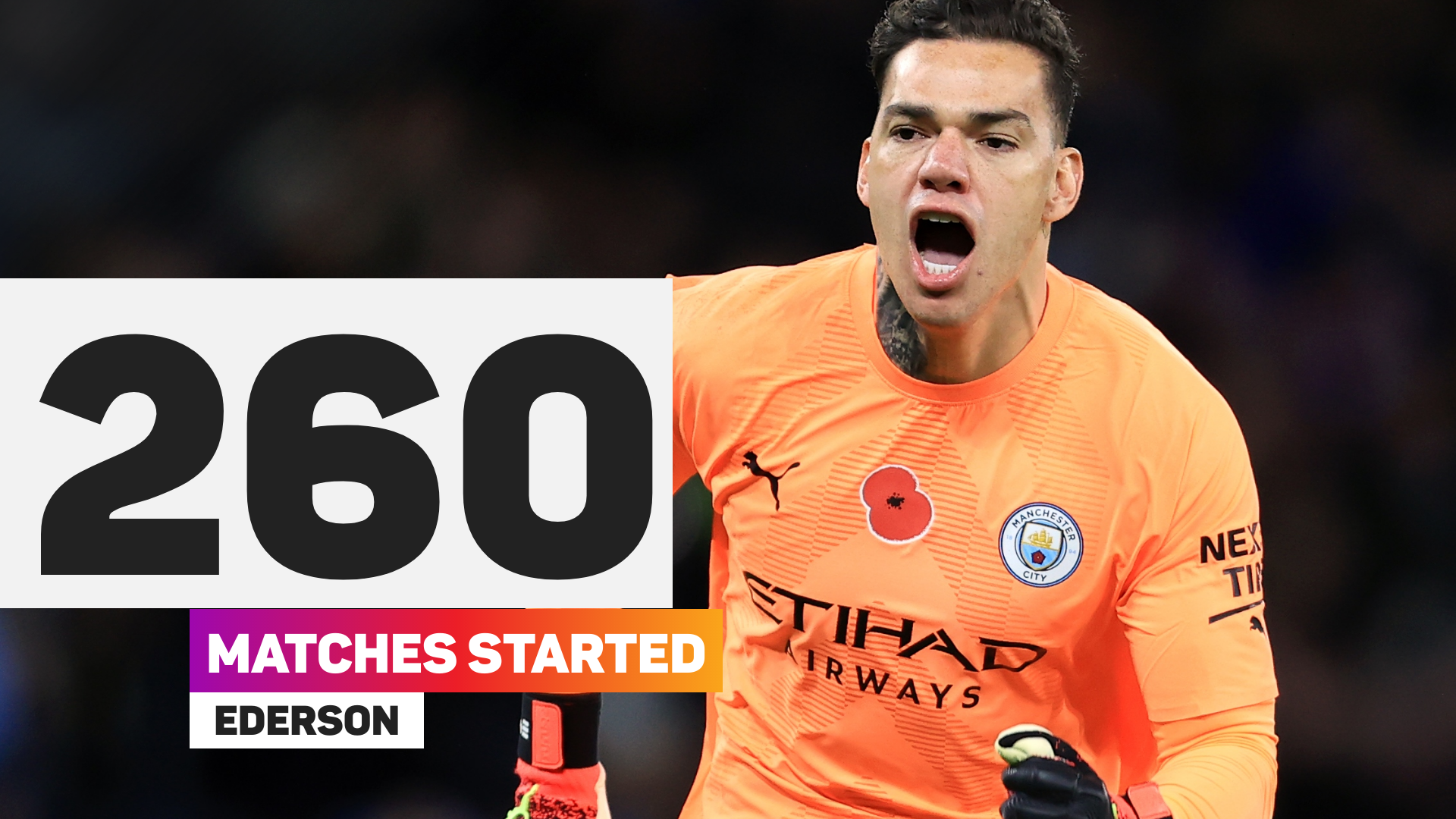 Signed from Tottenham Hotspur in 2017, Kyle Walker has been a mainstay in the City side that has dominated domestic football over the course of the past five years, ranking fifth for the most starts under Guardiola in all competitions (207).

Walker's versatility has been a key benefit for Guardiola and England, with his attacking play also fitting into City's style of play well. Since arriving at City, Walker has contributed 17 assists across all competitions, behind only Joao Cancelo (20) among defenders.

Among defenders during Guardiola's spell in charge, only John Stones and Walker have started more games than Laporte (155), with both players having joined the club in the seasons before Laporte's arrival from Athletic Bilbao in January 2018.

A total of 163 appearances across all competitions puts him narrowly ahead of Nicolas Otamendi (161) for most games under Guardiola.

Snapped up in 2016 as one of Guardiola's first signings, Stones has had to contend with incredible competition for his spot at the heart of the defence, with the likes of Laporte, Ruben Dias and Nathan Ake all drafted in.

Despite that, Stones continues to be an important player for City and has made 175 starts under Guardiola and 206 appearances overall, ranking second in both among defenders behind only Walker.

The versatile Portuguese full-back moved to City in 2019 from Juventus and has excelled for City, tallying 149 total appearances and 135 starts in all competitions since joining the club, and provides a huge boost in the attacking third.

A total of 20 assists puts him above any defender during Guardiola's spell in charge, even those who have been at the club far longer. 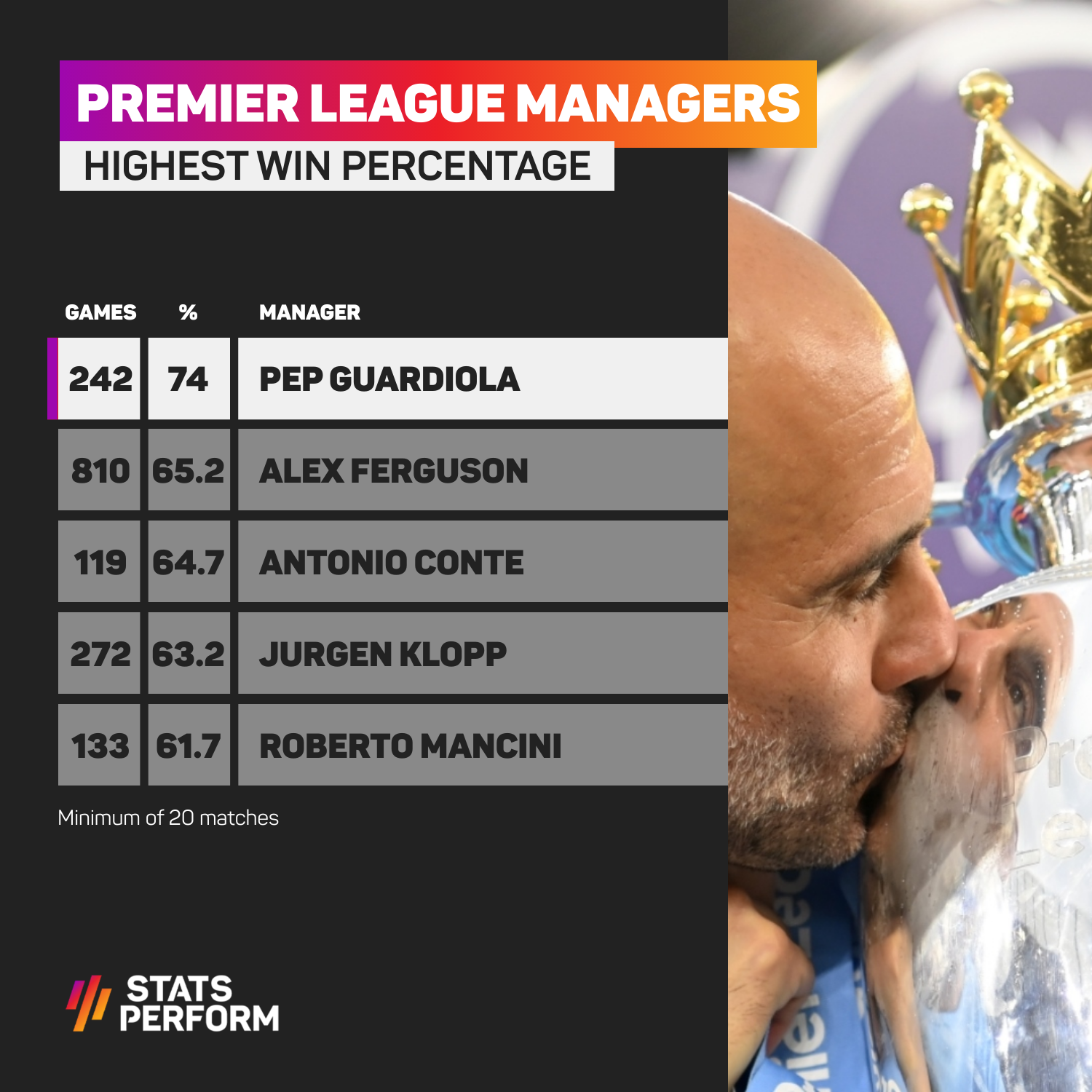 Few players fit the Guardiola philosophy more than De Bruyne, who has hit new heights under the former Barcelona boss to stand among the finest players in world football – with a record in front of goal that many would envy.

De Bruyne has registered 117 assists under Guardiola, way ahead of second-place Raheem Sterling (66), while he has scored 73 goals – only behind Gabriel Jesus, Sterling and Sergio Aguero.

With 205 starts under Guardiola, the midfielder has been an integral part of the City side since following the Catalan from Germany to Manchester, ranking only behind Walker, David Silva, Sterling, De Bruyne and Ederson in that regard.

Only six players have scored more goals under Guardiola than Gundogan (51), who ranks ninth for the most assists (33).

The rock of City's midfield for years, Fernandinho started 200 games under Guardiola and made a total of 244 appearances, the latter seeing him rank behind only Ederson, Bernardo Silva, Gundogan, De Bruyne and Sterling.

A total of 12 goals and 16 assists in those matches represents a decent return for a player renowned more for his defensive strength. 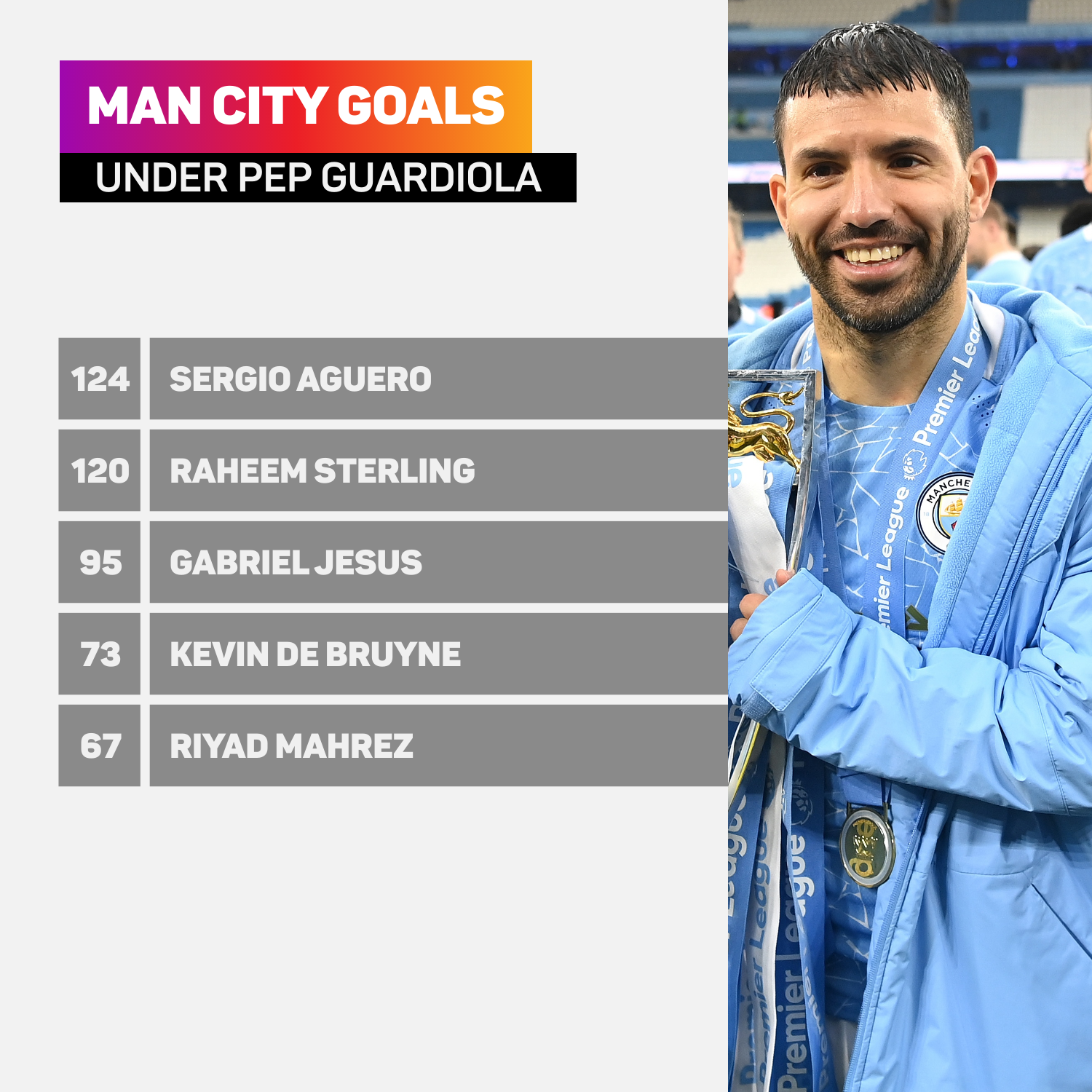 Slotting into the attack ahead of Phil Foden and David Silva, both of whom have a stellar record under Guardiola, Bernardo Silva narrowly gets the nod due to his own impressive numbers in the final third.

Silva has 104 direct goal contributions (50 goals, 54 assists) in 273 appearances, starting in 208 of those matches. Only Sterling and De Bruyne have more assists under Guardiola, while Silva is one of eight players to hit the half-century mark for goals.

In the future, Aguero's spot in the team is likely to be under significant threat from Erling Haaland following his blistering start to life at City, but the Argentine superstar retains the edge for the time being.

Aguero scored 124 goals under Guardiola, more than any other player, with Sterling the only other to have broken the century mark. Those goals came in just 183 appearances with Guardiola in charge, displaying his deadly ability in front of the net.

An unsung hero of the Guardiola era, Sterling played 292 times under the Catalan boss, more than anyone else, while only Aguero scored more goals than Sterling (120).

Sterling also contributed 66 assists under Guardiola, sitting behind only De Bruyne, and is the only player to have scored over 100 goals and added over 50 assists under the Catalan boss. 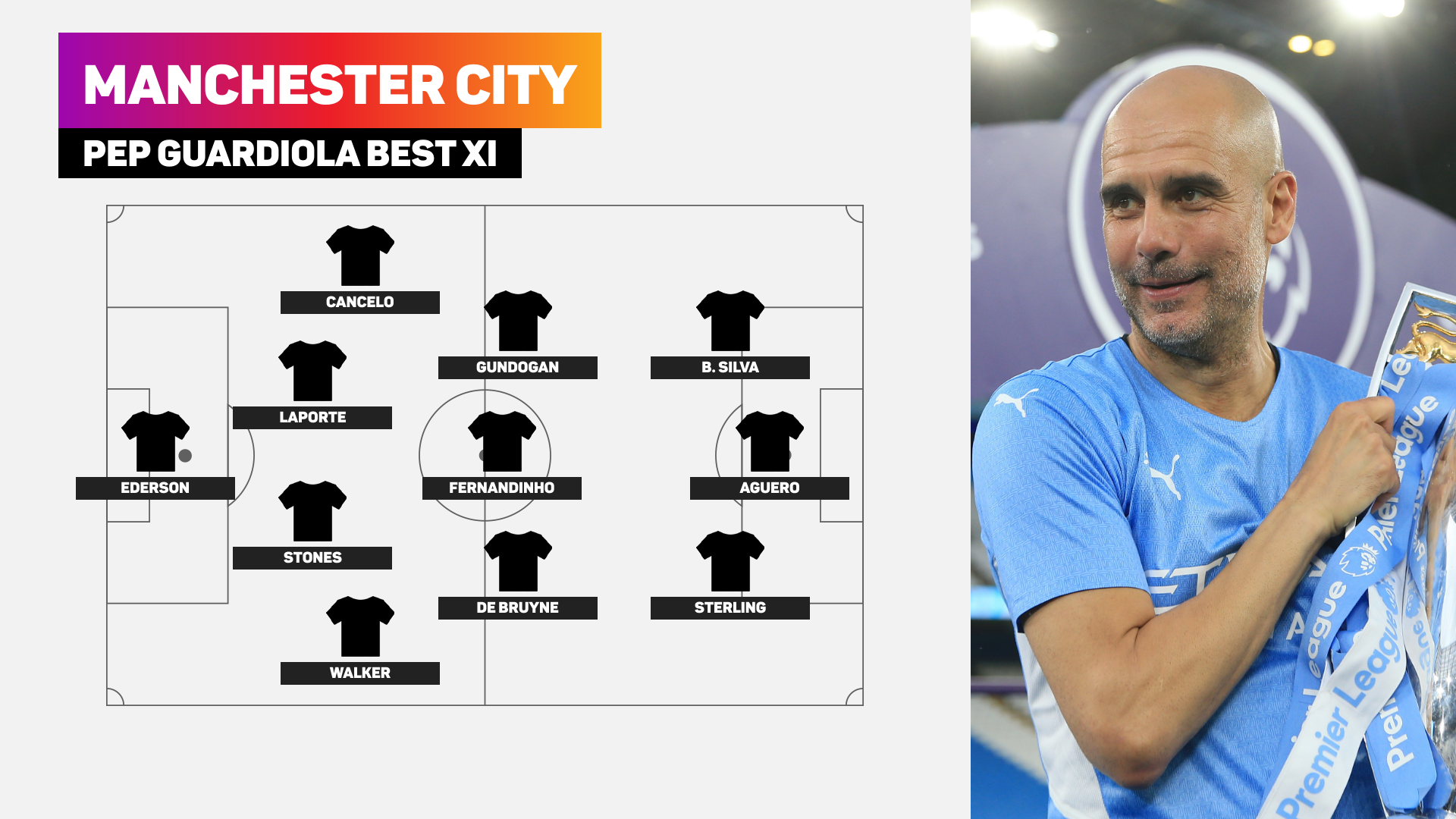