Ronaldo knows World Cup win would not end Messi debate: 'Some like blondes, others brunettes' 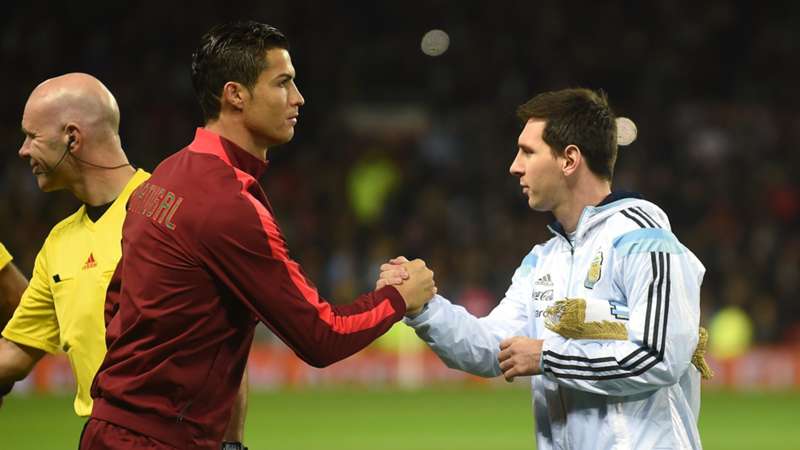 Cristiano Ronaldo hopes he can be the man to "checkmate" Lionel Messi at Qatar 2022, but he does not believe a World Cup win for Portugal would end football's 'GOAT' debate.

However, despite European Championship success for Portugal and last year's Argentina triumph in the Copa America, neither have won the greatest team prize of all.

Ronaldo has endured a difficult season at Manchester United, yet he has arrived in Qatar in confident mood, even if he does not believe he has anything to prove.

"Even if I won the World Cup, there would be this debate," he said on Monday. "It's like in everything, there are some who like blondes more, others more brunettes...

"I'm an ambitious player; I'd love to win this competition, but if I don't win, I'd still be happy with everything I've done so far.

"If they told me that I won't win a title again, I'd be proud of what I've done.

"[Winning the World Cup] was a dream for me; it's possible, but we'll see. I hope all energies are on our side."

Ronaldo and Messi are long-time rivals, but they posed together for a game of chess in a Louis Vuitton advertising campaign ahead of the finals.

Were Portugal and Argentina each to win their groups, the pair would not meet on the pitch until the December 18 final.

"It was a campaign that I've been doing, which I've wanted for many years," Ronaldo said of the ad. "I've fulfilled the dream of being able to do it; everyone knows the greatness of the brand.

"It will be my fifth World Cup. I'm focused and extremely optimistic that things will go well.

"Checkmate we do in life, it's not just in chess. And I do it often.

"I don't know how to be direct about it, but I'd like to be the one to do the checkmate against him [Messi]. It would be beautiful to happen; it already happened in a chess game and in football it would be even more [beautiful]."

Ronaldo and Messi have met only twice at international level, with Portugal and Argentina winning one friendly apiece.