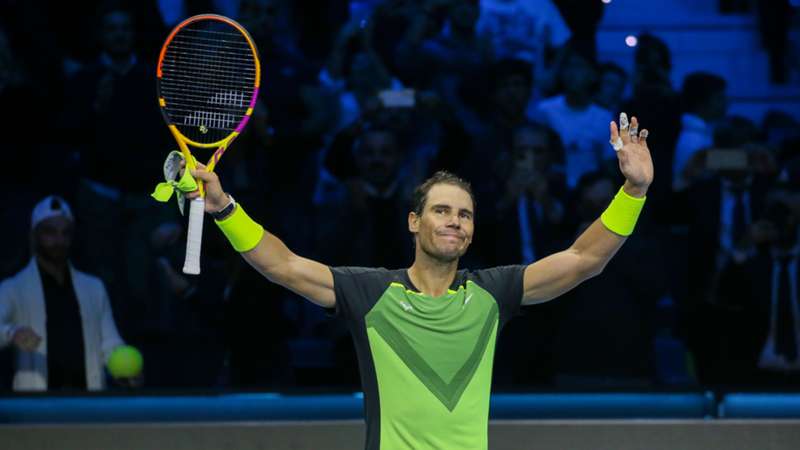 Rafael Nadal wrapped up his ATP Finals campaign with a 7-5 7-5 victory over Casper Ruud on Thursday.

The Spanish great had already failed to make the last four after suffering defeat in his first two matches in Turin, but he finished his year in style courtesy of a hard-fought win over Ruud.

Nadal held firm when two break points down at 4-4, before breaking to love to take the opening set.

He sealed victory in the 12th game of the second set, powering a cross-court backhand winner to move 15-40 ahead and set the stage for a win that saw him end the year with a 39-8 tour-level record.

"I can't ask for more," Nadal said. "2022 has had a tough six months, two Grand Slams, and finishing the year in a high spot in the rankings. So, I can't complain at all. At my age, to be able to achieve and be competitive means a lot for me.

"For 2023, just let's try to have the right preparation, work the proper way and start the season with the right energy, the right attitude, to reach the level that I need to be competitive from the beginning. Let's try it, I am excited about it."

Ruud had already progressed to the semi-finals in Italy for a second consecutive year.