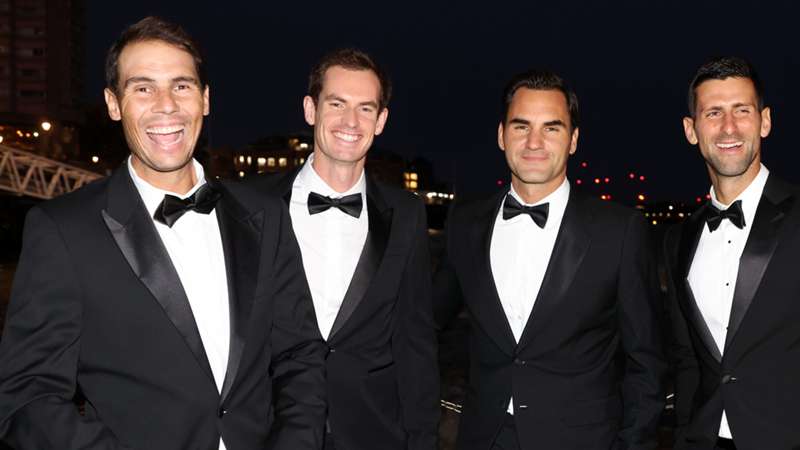 Rafael Nadal is "definitely the next on the list" to retire as middle age catches up with the 'Big Three' of men's tennis, according to Marion Bartoli.

This weekend's showpiece in London is marking the end of the Swiss great's stellar career, after complications with a knee injury left the 41-year-old resigned to his fate.

Amid the attention on Federer, conversation is turning to how long his great rivals might have left at the top, with Nadal's ongoing foot trouble seemingly making him a prime candidate to step off the tour and give his body a rest.

Speaking to Stats Perform, Bartoli said: "I think he's very much definitely thinking about retirement. His wife is also about to give birth to his first child; that's a huge change in life for anybody.

"And he very much has his fair amount of injuries as well over the years, and especially lately with his foot which is really something that can stop him at any moment from now on.

"I think he will give it another chance at Roland Garros next year, but I don't see him going further than 2023. I think that would be probably about it. I think Rafa is closer to retirement than Novak.

"I think Novak has been able, with being vegan and taking care of his body and obviously because of COVID reasons, he hasn't played that much for the last three years really."

Nadal and Djokovic have inched ahead of Federer on the list of men's all-time grand slam singles champions. Federer was the first to reach 20, but Djokovic has 21 now and Nadal leads the way with a haul of 22 majors.

Bartoli, who was a shock Wimbledon winner in 2013, pointed out that Djokovic, who at 35 is a year younger than Nadal, could have several years left to push the slam record ever higher.

"He monitors those records so badly that I think he will be probably more looking to 2024, maybe 2025 [for his retirement]," Bartoli said of the Serbian. "I think Rafa is definitely the next one on the list."

Bartoli expects Djokovic to finish top of the pile in the men's game, providing he is allowed to compete at future editions of the Australian Open and US Open, having been barred from both in 2022 because of his refusal to accept a COVID-19 vaccination.

"From a tennis analytics point of view, and looking obviously at the strengths of Novak on hardcourts and at the Australian Open and at Wimbledon, it looks like he will end up at the top," said the Frenchwoman.

"But then the problem is about the vaccine, and this is something I just can't reply on. Because if he keeps on having only two chances out of four every single year, that's a totally different story.

"So there is that question mark on such an important thing. If he plays four out of four every single year, yes, I think he will finish on top of everybody. If he can play a full schedule because everything reopened normally then I sincerely think he's going to end up on the top."

4 - The Laver Cup 2022 will be the first tournament with all The Big Four (Roger Federer, Rafael Nadal, Novak Djokovic and Andy Murray) since the Australian Open 2019. Dream. pic.twitter.com/yQfjtQJGXc

Djokovic is hopeful he will be allowed into Australia in January of next year, having been deported from Melbourne at the beginning on this season amid high controversy.

There was previously considered to be a 'Big Four' at the peak of the men's game, but Andy Murray could not keep pace with the slam-winning feats of his rivals.

Bartoli said she remembered how "the whole country exploded" in Britain when Murray won in 2013 at Wimbledon, a first home champion in the men's singles for 77 years.

She was "so happy" Murray could carry on his career after undergoing hip surgery, having at one point planned to retire after Wimbledon in the 2019 season.

"His fitness level has really improved, so I think he looks to retire for me further than Rafa," Bartoli said. "I think Rafa will be the first one, and probably Andy and then Novak."