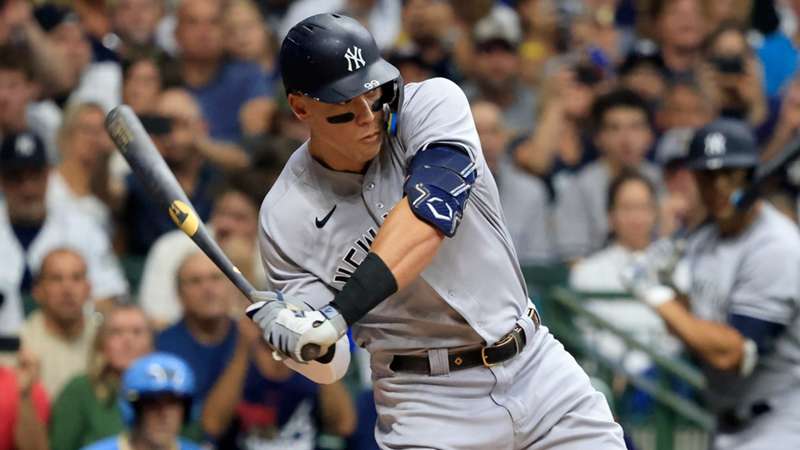 Aaron Judge claimed a piece of history with two more home runs on Sunday to leave New York Yankees team-mate Gerrit Cole running out of adjectives for his brilliance.

The outfielder, who moved past his 2017 career best of 52 at the start of September, still has work to do to close the gap to MLB record-holder Barry Bonds' 73 in 2001.

But Judge is now just two shy of Roger Maris' American League record, set for the Yankees in 1961.

Given both Maris and Ruth were left-handed batters, Judge now owns the outright AL record for right-handers, passing Jimmie Foxx and Hank Greenberg (both 58).

With two or more homers in an 11th different game this season, Judge tied an MLB record that belonged to Greenberg (1938) and Sammy Sosa (1998).

Yankees starter Cole may have grown tired of finding ways to describe his team-mate's achievements, but he is relishing being able to witness true greatness first hand.

"Sorry to repeat the same line, but it's historical," Cole said. "I've got nothing else for you.

"It's the greatest offensive season that I've personally ever witnessed. I don't know what else to say. It's wonderful. I'm riding it, dude. It's amazing."

As further records near, Yankees manager Aaron Boone only anticipates the excitement ramping up.

"Obviously we're in a pennant chase, and Judge is sitting where he is, so there's going to be that added buzz every time he comes up," Boone said.

"I experienced that playing in the NL Central playing against Sammy and [Mark] McGwire in '98 where it's like every time, it's an event.

"And I think the fact that we're where we are in the pennant race and what he's doing hopefully should create an awesome environment at the stadium."