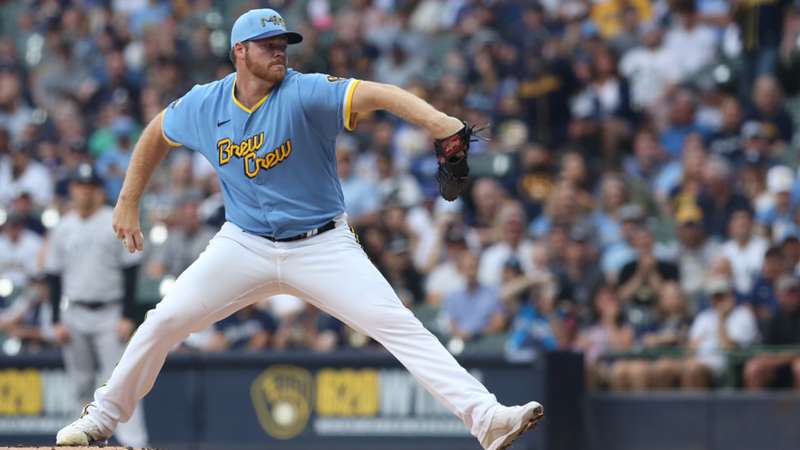 Three home runs in the first inning ended up being not enough for the Houston Astros as they went down 8-5 at home against the Oakland Athletics on Saturday.

But Alvarez was not one of the Astros to go deep in the first inning, with Aledmys Diaz, Kyle Tucker and Trey Mancini all taking turns hitting balls over the fence to jump out to a 4-1 lead before registering their third out.

From that point on, Athletics starting pitcher Cole Irvin tightened the screws, holding the Astros scoreless through the next six innings to allow his side a chance to fight back.

Oakland showed some power of their own in the middle frames, with Chad Pinder hitting a 348-foot wall-scraper to right field, before Seth Brown was much more convincing with his three-run, 432-foot launch in the fifth inning.

A double in the seventh inning gave Brown his fourth RBI, making it 7-5, with Alvarez's eighth-inning shot proving to be just a consolation.

It was Alvarez's 37th home run of the season, leaving him alone in third place league-wide, although he is still 20 home runs off leader Aaron Judge of the New York Yankees.

Yordan gets one back. pic.twitter.com/kAPDXGne0J

Milwaukee Brewers starting pitcher Brandon Woodruff put on a show at home against the New York Yankees, striking out 10 batters in eight innings on the way to a 4-1 win.

Woodruff allowed just one run – a solo home run to Josh Donaldson in the fourth inning – as only six Yankees reached base in the contest, with five hits and one walk.

With the bat, the majority of the damage was done by rising star Willy Adames, who became the second shortstop in the majors to hit 30 home runs this season with his three-run shot in the third inning. The other shortstop to hit 30 homers is Corey Seager, who was recently rewarded with a massive 10-year, $325million contract extension by the Texas Rangers.

Ronald Acuna Jr drove in all four of the Atlanta Braves' runs in their 4-3 home win against the Philadelphia Phillies.

After two scoreless innings to begin the contest, Acuna broke the deadlock with a two-run, 427-foot bomb over the right-field wall, and then drove in another two runs with his next at-bat in the fourth inning when he doubled with two runners on base.

Both sides received solid starting pitching performances, with Philly opting to ride their ace Aaron Nola deep into the game, letting him pitch seven full innings, while the Braves pulled Jake Odorizzi after allowing just one run in four-and-two-thirds innings, although he threw only seven fewer pitches than Nola's 99.