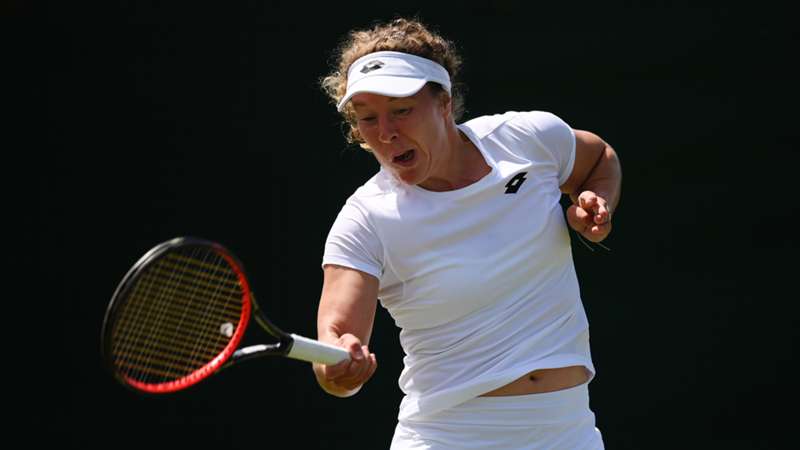 Qualifier Anna-Lena Friedsam backed up her victory over Emma Raducanu with a 1-6 7-6 (7-4) 6-3 quarter-final win over Diane Parry at the Slovenian Open.

A rough start looked to have primed Friedsam for the exit door, but after prevailing in the second set, the 28-year-old pushed on to take herself within a match of a third career WTA Tour-level final.

She will have to wait to discover whether she will face defending champion Jasmine Paolini however, with the Italian's own quarter-final in Portoroz against Katerina Siniakova delayed until Saturday.

"I am very sorry that I am unable to compete today in the quarterfinal match in amazing Portoroz but unfortunately due to the injury I cannot play. Hope to be back next year." - Tsurenko

Elena Rybakina advances to the semifinals in Portoroz.

Bogdan reached her second tour-level semi-final of the season by upsetting second seed Beatriz Haddad Maia, recording her 20th win over a top-20 opponent in the process, albeit her first since the 2018 Australian Open.

Briton Katie Swan continued her impressive run with a 6-3 3-6 6-3 win over qualifier Nao Hibino and she will face Poland's Magda Linette, the highest-ranked player left in the competition, in the last four.

Fruhvirtova will go up against Nadia Podoroska, who came from a set down to defeat Eugenie Bouchard.