France international Benjamin Pavard might have left Bayern Munich in the last transfer window, if not for a conversation with Julian Nagelsmann.

The versatile defender, who can play at centre-back or full-back, has been a regular for the Bundesliga champions and, if he is fit, is likely to be part of Didier Deschamps' France squad for the World Cup in Qatar.

Pavard has featured eight times in all competitions for Bayern this season, scoring twice, though with Bayern signing right-back Noussair Mazraoui and centre-back Matthijs de Ligt, he revealed he came close to leaving the club, and may well have done if not for Nagelsmann.

"I questioned myself, I had calls from different clubs with my agent," the 26-year-old said in an interview with Telefoot.

"Afterwards, I spoke with the Bayern coach, we have a good relationship. 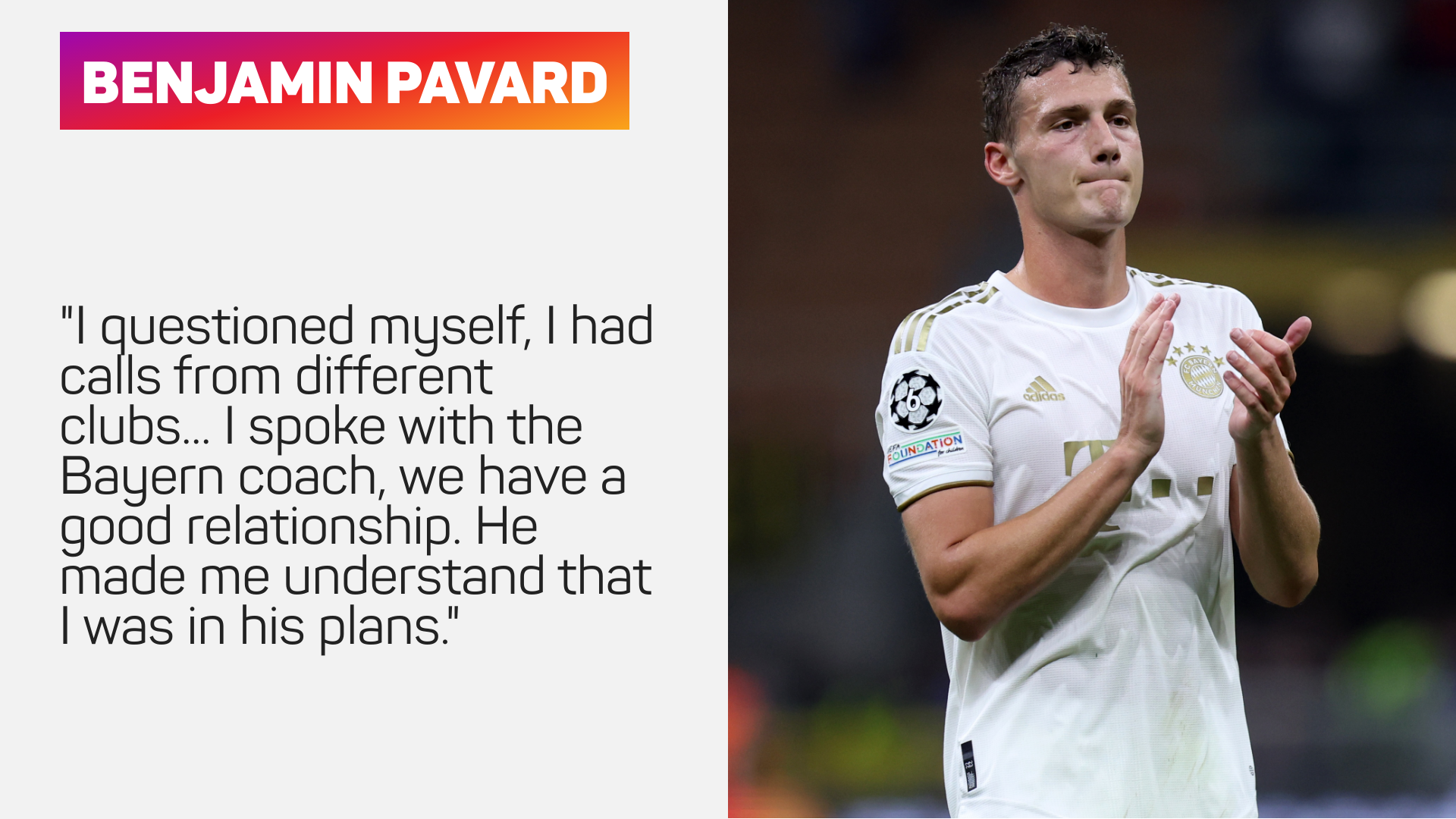 Pavard, however, did not close the door to a move away from Munich, with his contract expiring at the end of the season.

"Maybe one day I will go to one of these clubs, you never know what the future holds," added Pavard, who has been reported to be of interest to Premier League sides Manchester United and Chelsea.

"I still [have] a year at Bayern Munich. Afterwards, we have time to decide."

Bayern have made a poor start to the season by their standards, as they aim to win the Bundesliga for a record-extending 11th successive campaign.

Despite beating Barcelona to make it two wins from as many games in the Champions League, they lost 1-0 to Bavarian neighbours Augsburg on Saturday, a defeat that came on the back of three successive draws in the Bundesliga.