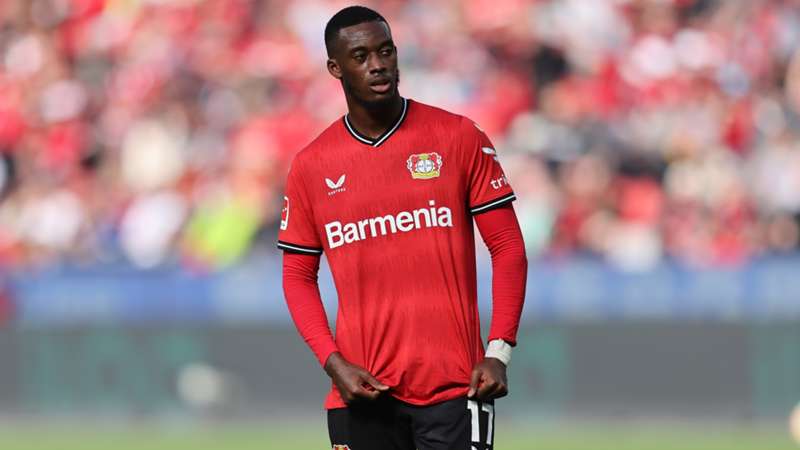 Todd Boehly made it clear to Callum Hudson-Odoi that he wants the Chelsea loanee to return to Stamford Bridge after gaining experience with Bayer Leverkusen.

A lack of opportunities was the driving factor for the loan spell in the Bundesliga, where Hudson-Odoi has appeared three times and assisted once.

Chairman Boehly acknowledged in recent weeks Chelsea have too often lost bright young prospects, such as Kevin De Bruyne and Romelu Lukaku, and does not want to make the same error.

That is the reason Boehly refused to include a buyout clause in Hudson Odoi's loan to Gerardo Seoane's side, insisting he wants the forward to return to west London next season.

"It's definitely different," he said. "When a club is trying to get a player [on loan], they always want that option to buy at the end of the season. Todd was saying: 'Listen, we want you back here.'

"You're still on the radar of being wanted by the club. The way he's trying to set it up, there are a lot of young players he's trying to buy for the next few years.

"It shows he wants to integrate the players into the team and help them develop."

Tammy Abraham, Fikayo Tomori, Marc Guehi and Jamal Musiala are all more recent examples of players to leave Chelsea for more opportunities, and Hudson-Odoi is aware of the benefits his loan can have.

"It's good for young talents to come here, play games and experience something new," he added. "Sometimes you're from London, you want to stick to that.

"But it's time to come and develop, try something new and be open to it."

Really happy to be here and can’t wait to get started, let’s go!! @bayer04_en pic.twitter.com/4QcFRDTCq7

Tuchel was dismissed from his role shortly after Hudson-Odoi departed for Germany, though the latter holds no grudges against his former boss.

He added: "It was one of those difficult moments when you look at yourself and say, 'What am I doing wrong? Have I done anything wrong to not even be in the squad?'

"I would never say anything bad about Thomas, he was a good guy, a good manager. [But] the first game of the season, it was frustrating. Any footballer that isn't in the squad would understand how frustrating it is.

"Regular football gives you consistency and the more games you play, the more consistent you become, the more form starts to kick in.

"You feel fresher, you feel better, you feel like… not that you're getting treated fairly but that you've got the trust from the manager to push you and kick you on. You don't want to be on the bench thinking, 'Why am I not playing?'

"And then it becomes weeks and weeks and the legs are rusty when you do play. The most important thing is consistent football. That's what I'm getting here and it's making me feel better.

"Right now, playing games, momentum is kicking on and you feel refreshed: new country, brand-new experience. It's definitely refreshing to know I get an opportunity to play games week in, week out, enjoying it and smiling!"