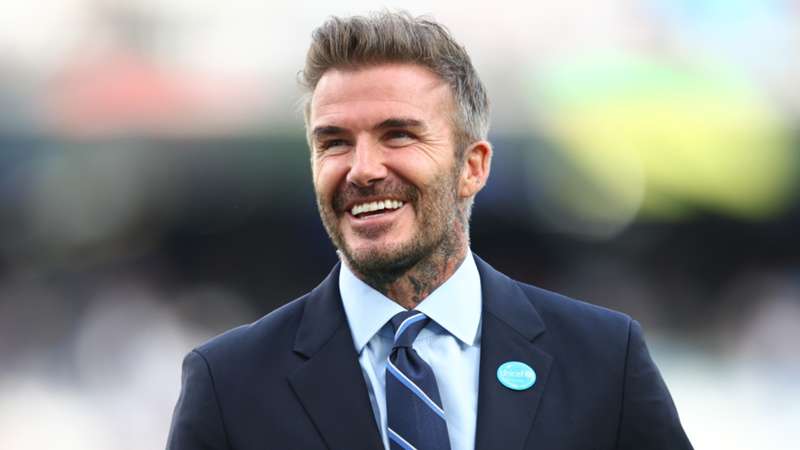 David Beckham believes playing for and supporting England is the ideal opportunity for players and fans to celebrate the life of Queen Elizabeth II.

As the nation entered 10 days of national mourning, the Football Association (FA) announced the postponement of all fixtures, from professional to grassroots level.

That included the 10 Premier League matches scheduled for last weekend, while only seven top-flight games will take place this weekend due to logistical issues surrounding the late monarch's funeral, which will be held in London on Monday, September 19.

The Queen is lying-in-state until 06:30 BST on the day of the funeral, with thousands of mourners queueing in a line of around five miles through the streets of London in order to pay their respects.

Beckham, the former Manchester United, Real Madrid and England star, joined the queue on Friday, and with football now back – and with international fixtures coming up – the former Three Lions captain hopes the sport can help celebrate the Queen's life and reign.

"There should always be respect paid to our Queen and country in this time of mourning," he told reporters.

"But, speaking as an ex-football player, and an ex-England captain, I know what it meant to us to step out onto that field and to represent our Queen, and our country, and the Three Lions.

"And when we are out there, it gives us the opportunity to celebrate in a way that only football and its fans can."

England play Italy on September 23 before welcoming Germany to Wembley Stadium three days later for their final game before the Qatar World Cup, which starts in November.