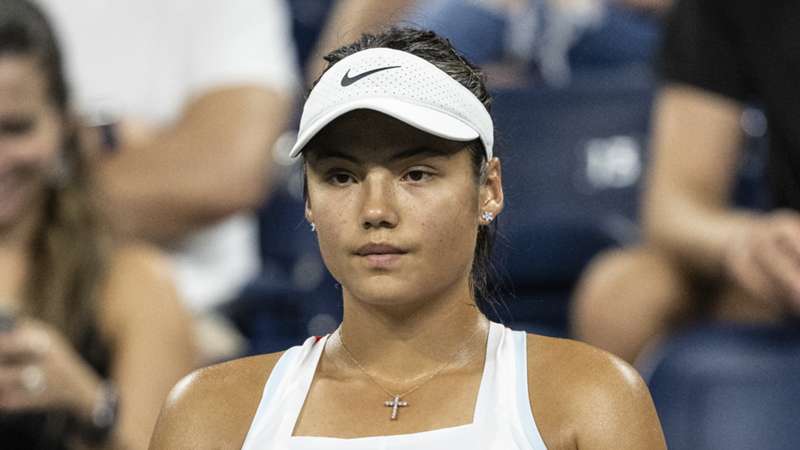 Emma Raducanu struggled with injury as she slumped out of the Slovenia Open in a second-round 7-5 0-6 6-3 loss to Anna-Lena Friedsam.

A recovery looked possible when Raducanu cruised through a second-set bagel, yet the 19-year-old succumbed in the decider.

Raducanu's defeat follows a first-round exit at Flushing Meadows in a dismal attempt to defend her title.

Friedsman's win, meanwhile, secures the world number 213's first appearance in the quarter-finals of a Tour-level event since she lost in the final of the Lyon Open in 2020. It was also her second victory over Raducanu.

Reaching her first quarterfinal of the season

Diane Parry will face Friedsman in the last eight, after she overcame Anastasia Potapova, while Katerina Siniakova – who last week completed a career Grand Slam in doubles at the US Open – defeated Jodie Burrage.

Meanwhile, reigning champion Jasmine Paolini overcame a tie-break finale against Kaja Juvan. The Italian fought back to win 5-7 6-2 7-6 (7-5) to stay on course for a successful title defence.

At the Chennai Open, Anastasia Gasanova failed to back up her first-round win over top seed Alison Riske-Amritraj with another success, as Britain's Katie Swan edged her 7-6 (7-5) 6-2.

That sets up a quarter-final clash with qualifier Nao Hibino.

Third seed @MagdaLinette is through to the quarters at the #WTA #ChennaiOpen with a 6-2, 6-0 win over Oksana Selekhmeteva. She will meet seventh seed Rebecca Marino for a spot in the semi-finals pic.twitter.com/A21wYwHTpP