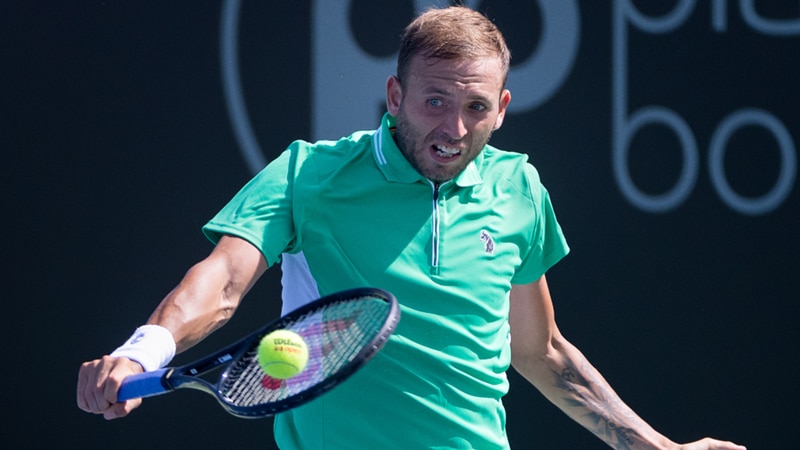 Top seed Daniel Evans eased into the San Diego Open quarter-finals with a straight-sets victory over Taro Daniel on Thursday.

World number 25 Evans was not broken once despite Daniel generating four break points, while the Briton only had nine unforced errors for the match, hitting 19 winners.

Evans' return was excellent throughout, while he won 64 per cent on his second serve, which held him in good stead as he looks to claim a career-first ATP title after making August's Canadian Open semi-finals.

The Battle of the Daniels

Fifth seed Brandon Nakashima triumphed in the late game, getting past fellow American Denis Kudla 6-3 6-4 in one hour and 16 minutes, in a fine display that included 12 aces, 25 winners and only five unforced errors.

Eighth seed J.J. Wolf was also bundled out, losing 6-3 7-5 to Australian Christopher O'Connell who sent down 12 aces and hit 23 winners.