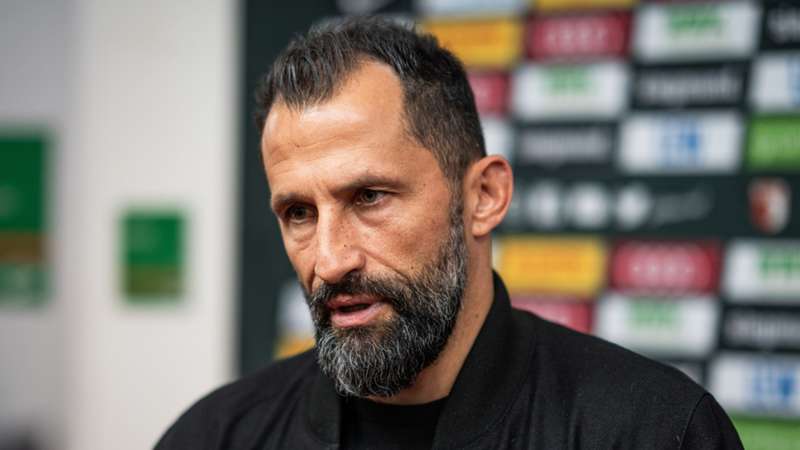 It was only a first league loss of the season, but Bayern have now gone four games without winning in the competition, and the team that last season clinched a 10th consecutive title are in a mini-crisis.

It remains to be seen whether it escalates beyond that, or whether Nagelsmann succeeds in getting the team back to form, but Salihamidzic tellingly questioned the performance as much as the result.

His verdict was that Bayern "can't win in the Bundesliga like that", urging the team to show "discipline, greed and physicality", clearly suggesting they were lacking in each area.

Salihamidzic told German broadcaster Sky Sport: "We didn't finish the situations, several situations that we had, didn't finish in a concentrated manner, didn't play through to the end with a certain greed of wanting to score goals; and we also allowed a few chances against us, didn't defend those situations to the end, and we can't win in the Bundesliga like that."

Salihamidzic, a former Bayern player, said the current side are showing they have "brutal problems against teams that play against us physically, that knock our socks off, so to speak".

What a day! @FCA_World deliver Bayern Munich their first defeat of the season in this Bavarian #Bundesliga battle. #FCAFCB | #MD7 pic.twitter.com/swsf3PimEI

There has been no suggestion yet from Bayern that Nagelsmann's position is under threat, with early Champions League group wins against Inter and Barcelona surely helping his cause in that respect.

But he is facing scrutiny from outside the club, and the results in Germany's top flight are plainly causing unease in the Bayern hierarchy.

"If we don't bring that certain discipline, greed and physicality, then you can't win in the Bundesliga," Salihamidzic said. "Now there are no more excuses. Now we need wins."

Nagelsmann, the former RB Leipzig boss who is in his second season with Bayern, lost star striker Robert Lewandowski to Barcelona in the close season.

Lewandowski's de facto replacement, Sadio Mane, has managed five goals in 11 games across all competitions but has not found the net in his past five appearances.

As a collective, Bayern are not performing to their usual standard in the Bundesliga, and it falls to Nagelsmann to stop the rot.

Bayern's run of scoring in 87 consecutive Bundesliga games has been halted, and the coach has the international break in which to figure out what is so wrong.

Speaking after the final whistle in Augsburg, Nagelsmann said he was "thinking... about the situation, about myself, about everything".