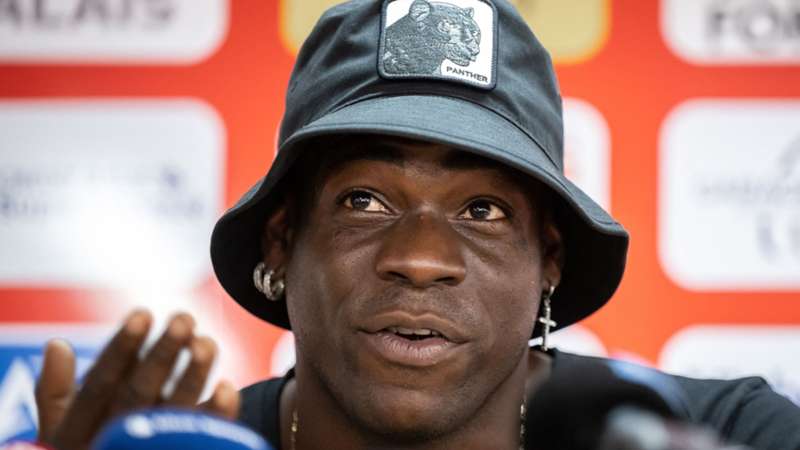 Mario Balotelli has been promised the full support of FC Sion after a video of the Italian striker on a night out went viral on social media.

He appears to have a woman on one side of him and a man on his right side, and it has been suggested they were propping him up.

Balotelli has not commented on suggestions he may have been drunk, but Sion are adamant that in any case the club did not object to players going out to celebrate that day's victory over St Gallen.

The club said they "learned with astonishment" of articles carrying the video and suggesting Balotelli had stopped communicating with the club.

Instead, Sion stressed Balotelli had been ill this week with bronchitis and seen by club medics, with the sickness explaining his absence from training.

"Following the great victory last week, a large part of the team went to the Vaud capital [Lausanne] to celebrate this success," Sion's statement said.

"This week, Mario Balotelli suffered from the onset of bronchitis and was directly supervised by the club's medical service who prescribed him antibiotics.

"Not having been able to train during the week, Mario Balotelli will not be travelling to Rapperswil tomorrow for the second round of the Coupe Suisse. On the other hand, he will do individual training during the weekend with our physical trainer.

"FC Sion regrets that this video has taken on unnecessary and disproportionate proportions, which harm the image of our striker.

"The club takes advantage here to recall that it is very happy with the current performance of the team since the arrival of Mario Balotelli in Valais."

Former Italy international Balotelli, 32, joined Sion at the end of August after a spell in Turkey with Adana Demirspor.

Sion president Christian Constantin, a former professional footballer, told Swiss newspaper Blick this week he had no issue with Balotelli enjoying a night out after a win for the team.

Constantin said: “Mario still has a lot of work to do. We all know that. But you can also celebrate a win. We used to do that too. We also took a glass or two afterwards. The boys are allowed to do that nowadays. No question."